Cobb County police say a suspect is accused of killing a man in bed with his ex-girlfriend.

COBB COUNTY, Ga - A Lithia Springs man was charged with murder after Cobb County police said he stabbed another man to death when he found him in his ex-girlfriend's apartment.

It was before dawn Tuesday morning when investigators said 28-year-old Rendell Russell went to the home of his ex-girlfriend at the Sierra Forest apartments in Mableton. According to the warrant, Russell had a knife and stabbed a man he found "sleeping in bed with her". The man was rushed to Grady Memorial Hospital in critical condition. He did not survive the attack.

Police documents obtained by FOX 5 state the woman witnessed the attack. Within hours, warrants were issued for Russell. Tuesday afternoon, he was booked into the Cobb County jail charged with felony murder and aggravated assault.

"It's awful, that is awful, awful, awful and you know with so much going on right now that's the last thing you would think would happen," said Jennifer Walker who lives in the complex. 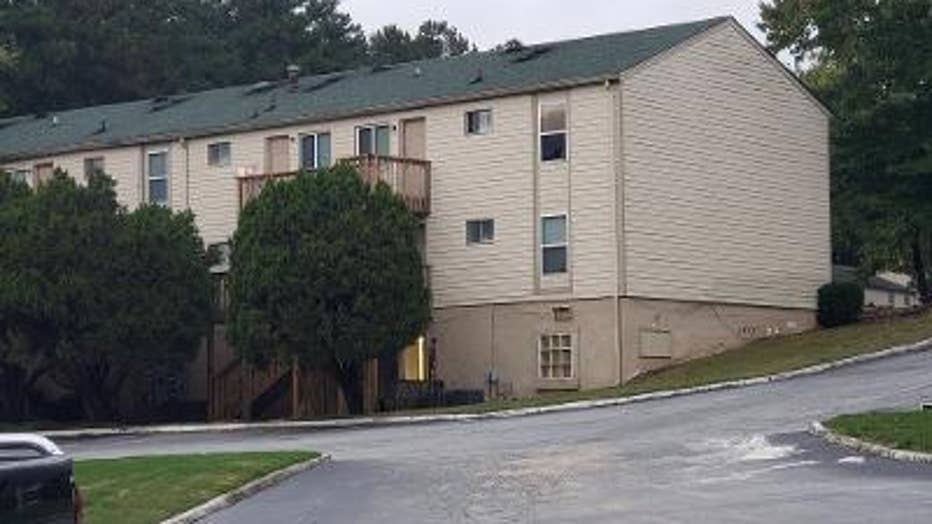 Walker said she has lived at Sierra Forest for a little more than two years. She said there have been other problems in the neighborhood, but this one is different because this one seems so very personal.

"It's heartbreaking. Just the thought of it. You never know, you have to pray for them," said Walker.