The Georgia House declined to create a chief labor officer on the 39th day of the Georgia General Assembly.

ATLANTA - A bill that would have created the position of "chief labor officer" to assist the Department of Labor during a hectic period failed to get the votes needed to pass in the Georgia House of Representatives on Monday.

Under Senate Bill 156, the Speaker of the House would appoint someone to fill the role, which would have the same level of power as the Commissioner of Labor, who is elected by voters.

The position would only run through December 2022 and supporters said it will help the Department of Labor during a time when it has been overwhelmed by unemployment claims due to the pandemic.

"The big thing is it's just going to give the Department of Labor and specifically the commissioner a little help to make sure that we get some financial reports that we've got to have to ensure our bond rating stays intact. We haven't gotten them yet this session," explained state Rep. Tom Kirby, R-Loganville. "That's not good and if we have to report to those rating agencies that we don't know how much money we may or may not owe the federal government because we haven't got these reports, it could really affect that AAA bond rating, which can be a major effect to our budget." 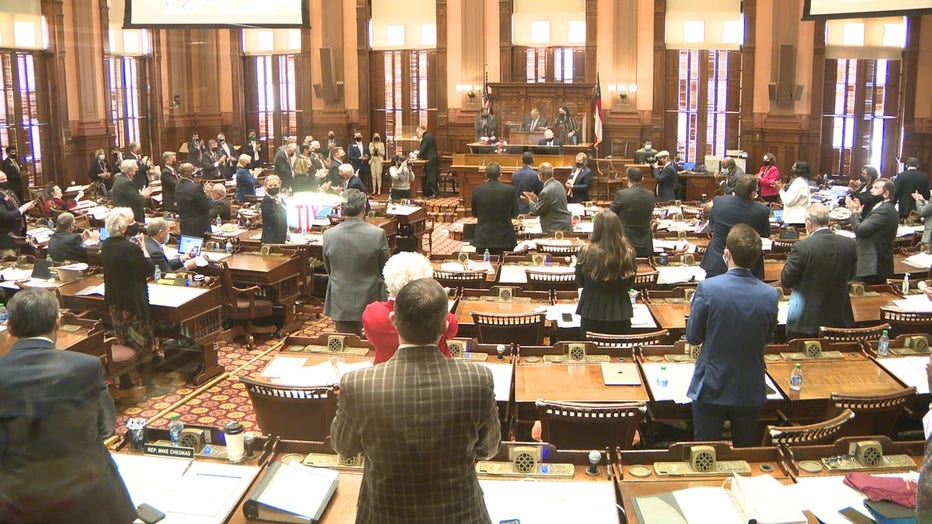 He likened it to Senate Bill 202, which removed the Secretary of State of chair of the state election board and stripped him of voting power in that body.

"What's next? Secretary of State's gone. Labor Commissioner's gone," said Rep. McClain. "What's next? I don't know what's next, but we've got to quit doing that.  These people are elected to do a job and they need to do their job or we need to elect somebody else."

The bill failed to get enough votes to pass, but lawmakers did vote to reconsider it at another time.

They have until midnight Wednesday to vote again before the legislature adjourns sine die.