WINDER, Ga. - The search is on for a missing teenage girl and her boyfriend in Barrow and Oconee counties.

Police said 17-year-old Olivia Paige Warren has been reported missing or ran away from home. Winder police said she was last seen with her boyfriend Ethan Dutton, who has also been reported as missing in Barrow County.

Police said the two teens were last seen at night on Sept. 18 in a blue 2003 Pontiac Sunfire. 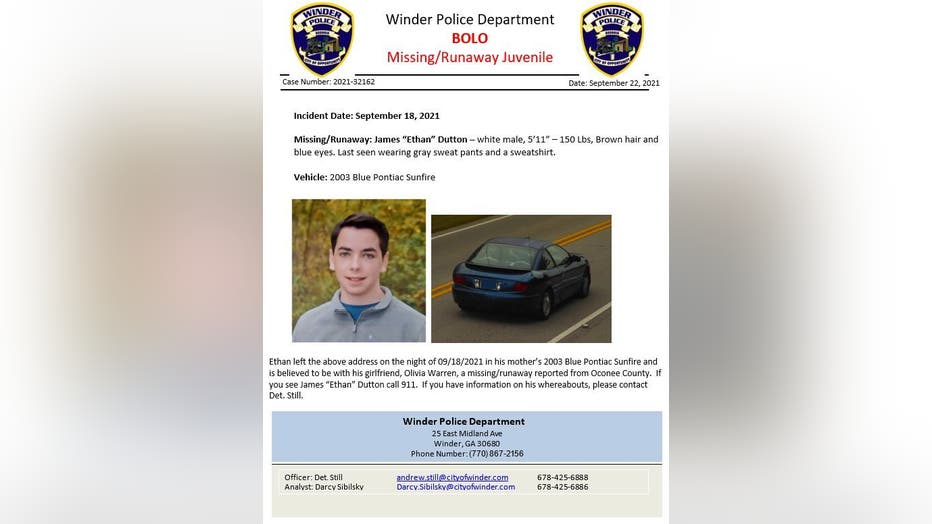 Police said Olivia Warren and Ethan Dutton were last seen at night on Sept. 18 in a blue 2003 Pontiac Sunfire.

Warren is  5-foot-2, about 110 pounds, with brown hair, and greenish-blue eyes, according to police. Police said Dutton is about 5-foot-11 and 150 pounds with brown hair and blue eyes. He was seen wearing gray sweat pants and a sweatshirt. 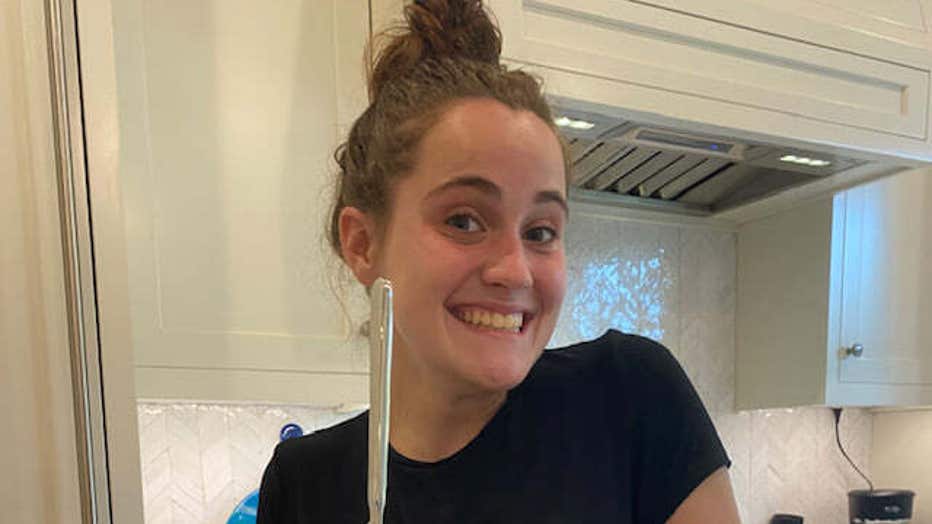 If you have seen them or know their whereabouts police ask you to call 911 or contact the Oconee County Sheriff’s Office at (706) 769-3945 or Investigator Sanders at gsanders@oconeesheriff.org. You may also contact the Winder Police Department at (770) 867-2156 or Detective Still at andrew.still@cityofwinder.com.