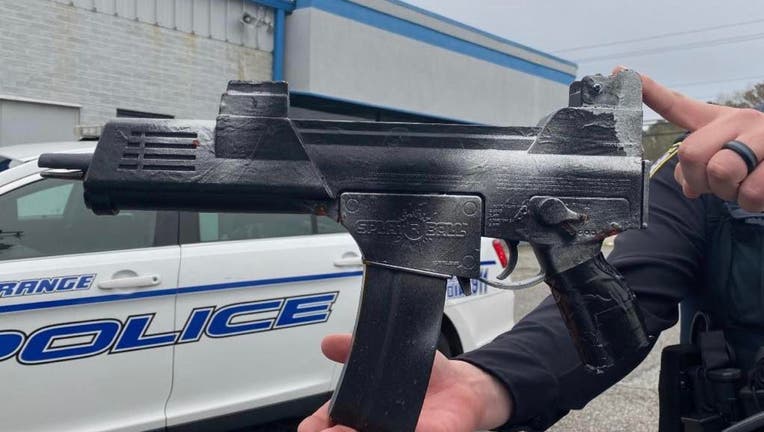 The LaGrange Police Department said officers have responded to multiple calls of bystanders being struck by Orbeez, water beads that can be shot out of a toy rifle. Police said the act is becoming a trend on social media.

Aside from bothering unsuspecting people, police said kids are painting the usually bright-colored guns to look like real ones.

Police shared an image of two people suspected of shooting people in the head and face with water beads at Granger Park Tennis Courts. Investigators confirmed neither of these victims or offenders were seriously injured during the incident.

Authorities later identified the pair and learned they were brothers. 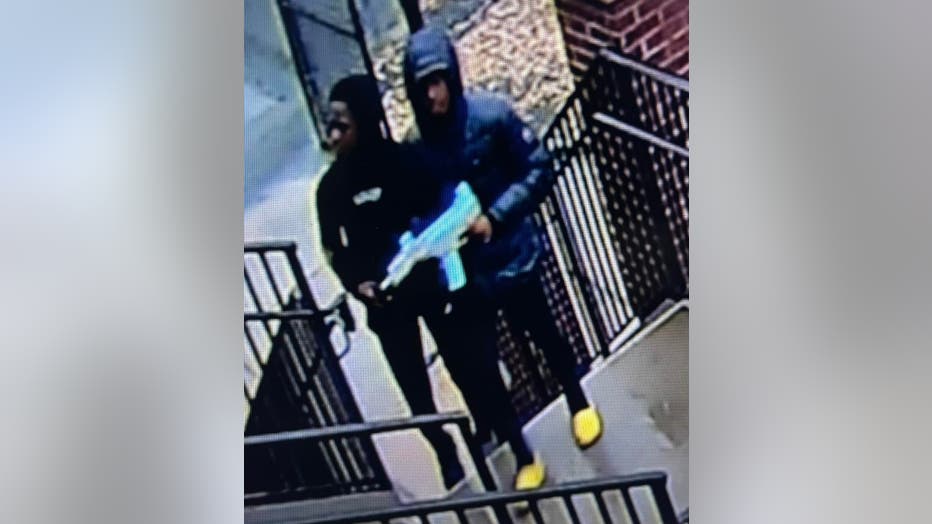 LaGrange police posted this photo of the two people seen at the Granger Park Tennis Courts parking lot who are accused of shooting citizens with a "water bead gun" in the head/face.

On March 12, the two juveniles were charged reckless conduct and simple battery. The mother was also charged with parental responsibility to supervise.

"The LaGrange Police Department cannot stress enough the dangers involved in these activities," the police department said in Facebook post.  "Pointing a gun, real or fake, at someone can result in dire consequences."

Police shared a photo of a gun, painted black and silver. Police said they confiscated the gun from a person on Friday.

"This person was lucky; they complied with the officer’s commands and were not met with deadly force," police said.

Police told parents to discuss the dangers of disguising toy guns with their children and to check if they have altered the colors of pellet guns.

"One of the most painful things a police officer has to do in their career, is telling a family that their loved one is dead," the post said.

What is the Orbeez challenge?

One of the men believed to be the victim of two teens who police said fired pellet guns at pedestrian recount the shooting.

It doesn't appear the product is meant to be shot from an air-powered gun. The website says the toy is for ages 5-and-up.

Police in cities throughout the U.S. have seen a rise in shootings involving the water pellets.

Police in Arizona said they have answered multiple calls of people shot with water beads.

"There is an indication that this incident could be related to a national social media challenge where the Orbeez water pellets are shot in a "drive-by" method," police said in a statement.

Sandy Springs police reported a similar pellet gun shooting in February, though police did not confirm if the teens arrested were firing Orbeez pellets or if they were participating in the "challenge." A victim said, since he posted about what happened to him on social media, he has heard from a dozen other people who have had the same experience.

Is the Orbeez challenge dangerous?

LaGrange police explained the potentially deadly confusion that can occur if cops mistake a painted toy gun for a fake one.

Police in Chula Vista, California, explained most of the incidents they've seen have resulted in minor injuries from Orbeez, but it's possible and ill-placed shot could cause greater harm to an unsuspecting person.