One of the ten sailors killed when a destroyer collided with an oil tanker off Singapore last month was laid to rest in Killeen. Petty Officer 2nd Class, John Henry Hoagland, III was 20 years old.

Surrounded by a sea of red white and blue a Central Texas sailor arrived to his final resting place.

20-year-old Petty Officer Second Class John Henry Hoagland, III died on August 21st while onboard the U.S.S. John S. McCain. Nine others perished with him when the naval destroyer struck an oil tanker near Singapore.

On Wednesday, in his hometown of Killeen, the electronic technician was given one last honor for his service.

"I was in shock and awe. The first thing I had to do was come down here to see him one more time before he was interned,” said Joshua Rillera.

Joshua Rillera saw the report on TV and struggled to believe it was true. He says John was a mentor to him. The two were involved in the junior ROTC program in high school.

"John was pretty tough on me. I've got to admire that. He taught me a lot of life lessons that I never thought I would learn from him. He taught me to be resilient,” said Rillera.

His favorite memory of John was after he graduated from boot camp.

"He came back to the school to visit us in his camouflage uniform and he had a smile on his face that I had never seen before. It was a look of accomplishment. So that gives me solace knowing that he loved doing what he was doing when he passed away,” said Travis.

Those we spoke with are looking for peace after the tragic circumstances surrounding John's death. It was the second fatal collision in a matter of months with a total loss of 17 sailors.

The commander of the fleet was replaced and a ship-by-ship review was ordered. The accident remains under investigation. "I'd say it's partly frustrating because we do so much training and for things to happen, you know, if you have a mishap it's never a good thing. You always try to avoid those,” Lt. John Bright.

Another Texas sailor also died in the same collision.

He was identified as Chief Petty Officer Abraham Lopez of El Paso. He was 39 years old. 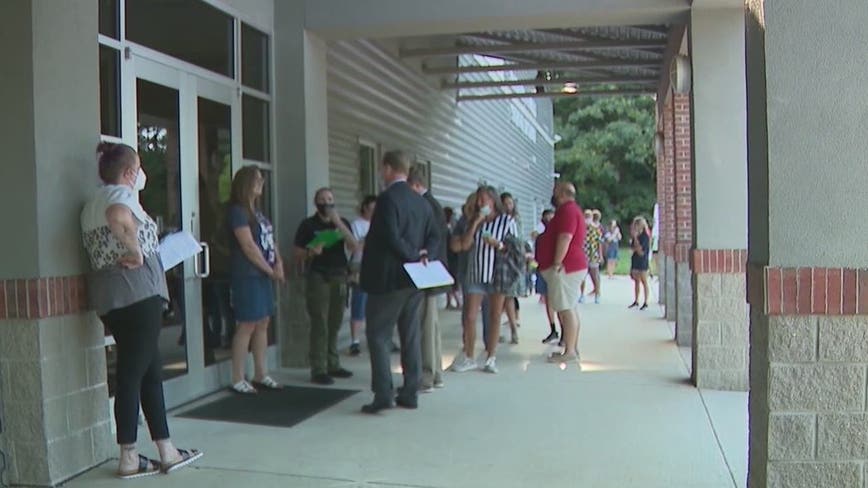