ATLANTA - One week after the "Justice for J6" rally on Capitol Hill, Georgians held a rally of their own in Atlanta.

People gathered in Atlanta to stand in solidarity with protesters who were arrested during the deadly Capitol riot on Jan. 6, 2021.

Event organizers largely condemned the violence that took place nine months ago but said some of those protesters are not being treated fairly.

More than 600 people have been charged with federal crimes relating to Jan. 6 and about 60 are behind bars. 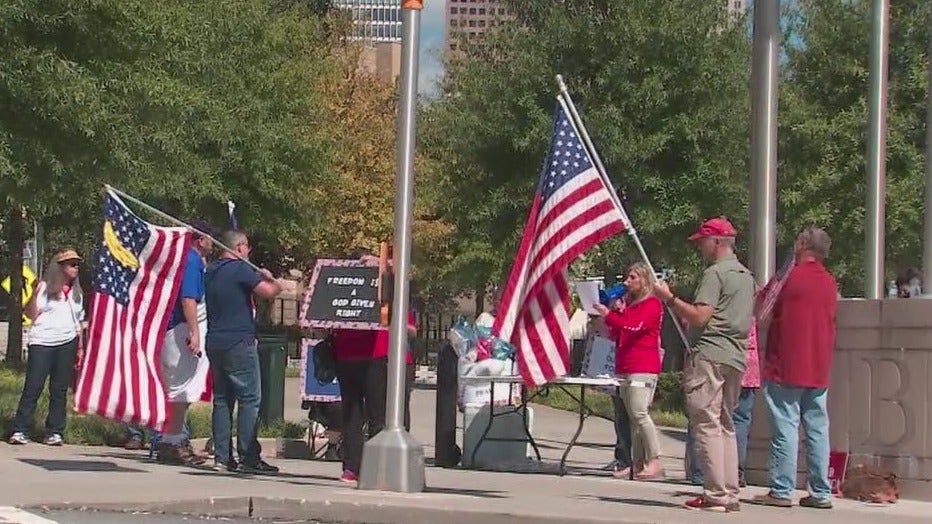 People gathered in Atlanta to stand in solidarity with protesters who were arrested during the Capitol Riot.

"Justice for J6" in Washington, D.C., was tame compared to the event in commemorated. Four people were arrested during the events surrounding the Justice for J6 rally on Capitol Hill, according to law enforcement.

The protest itself was mostly peaceful with the exception of a confrontation between protesters and counter-protesters.