James Jones went viral when he started the only all-Black competitive gymnastics team in Georgia.

JONESBORO, GA - The Summer Olympics are just a few months away and gymnastics is one of the most-watched events.

Often, we remember the women gymnastics winners but not the men's. A Georgia coach is trying to change that.

"I started on the playground with one boy, and the program just grew and grew," James Jones said. "Eventually we got our own location."

Jones is the owner and operator of the James Jones Academy in Jonesboro.

"We are the only all-Black competitive gymnastics team in Georgia. And one of the issues is access and affordability," he said.

Jones participated in gymnastics when he was younger.

"I was a gymnast when I was a kid, but unfortunately it was very expensive so I didn't get to do it for long. So that always stuck with me that there were boys out there who wanted to do gymnastics and their family couldn't afford it," he said.

When James started his program, he wanted to keep affordability in mind.

He decided to send out a tweet letting followers know about the academy and gave them information on how to donate and sponsor and gymnast. That one tweet quickly went viral. 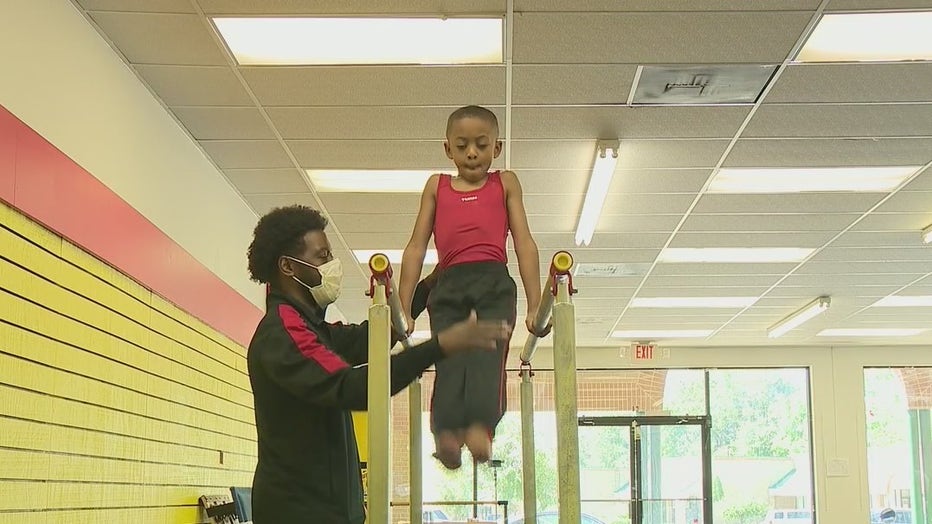 Right now, Jones has 17 gymnasts enrolled but says the viral tweet has sent his phone in a frenzy with parents calling about enrolling their sons.

He's expecting the number of gymnasts to rise significantly this summer.

"To actually find a boys team that's competing in this area is very rare. I'm so proud of what we did," he said. "This is our first year competing, and we went all the way to the state championship. And several of my boys did very well."

To learn more about the academy and see how you can donate, visit the program's website.