ATLANTA - The FOX 5 I-Team brings a rare glimpse behind bars in a case involving a man accused of stalking a newly-elected state legislator.

The I-Team has obtained jailhouse phone calls in which an Atlanta music and movie businessman, accused of stalking Representative Mesha Mainor, lashes out at her while in jail.

In 2019, Mesha Mainor was running for Atlanta City Council when she told a volunteer campaign worker he could no longer work for her.

The campaign volunteer - Corwin Monson - on his Instagram page, was promoting the Lacura Nightclub. According to his LinkedIn page, he is the managing partner of the bar and owner of both film and music companies. 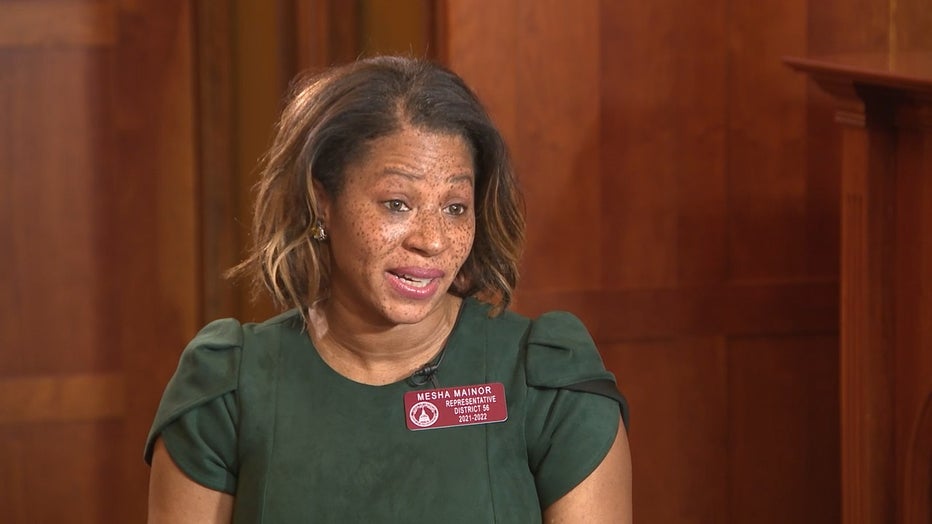 Mainor said it got worse. She filed a petition for a protective order in July of 2019, claiming Corwin Monson "showed up to P's (her) home on average 2-3 times a week," "joined her church," "calls 10 times a day," and warned her that he "was going to f*** her up." A judge granted her request.

"It really got to the point where I had to have my volunteers be my bodyguard," said Mainor.

Weeks later, Mainor filed a police report claiming Monson "violated a restraining order." She claims Monson showed up at her church, Friendship Baptist, "sitting in the church just looking at her."

According to this police report, Atlanta officers arrested Monson at a local restaurant on a felony aggravated stalking charge. He was released on bond.

But, it didn't end there. Monson was arrested again a year later on another aggravated stalking charge for "contacting Representative Mainor via Facebook" according to this police report. 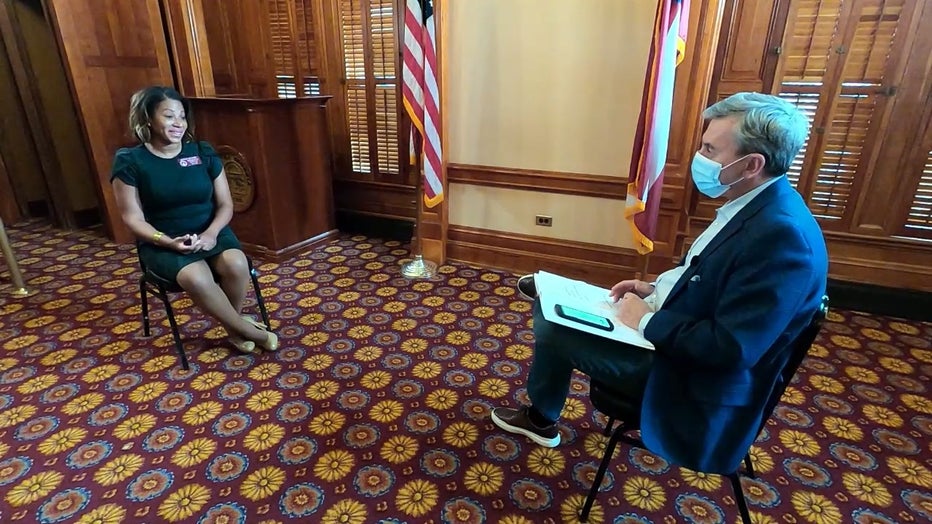 Monson was locked up again in December of last year. He is still in jail, after pleading not guilty and is awaiting trial.

"Praise God, he is in jail I feel a little bit safer," said Mainor.

A month after the arrest, Mesha Mainor was sworn-in as the new state representative from the 56th District in Atlanta.

While Representative Mainor waits for her stalking case to go to trial, the I-Team got a rare glimpse into what is going on behind these jail house walls. Through an Open Records request - recordings of phone calls made by Corwin Monson from jail to his wife and attorney were obtained. In the calls he lashed out about the woman he is accused of stalking.

"I don't want that bitch being no state representative. Keep that b**** out of the State House. Now, let's play hardball," said Monson on one jail house call.

Inmates make calls from jail but are told upfront someone could be listening. Still, Monson showed anger on in one call with his wife and to his attorney at the time, Fulton County Commissioner Marvin Arrington. He claimed Mesha Mainor lied under oath during a hearing and stole lawn equipment from him.

She told us both claims are not true. 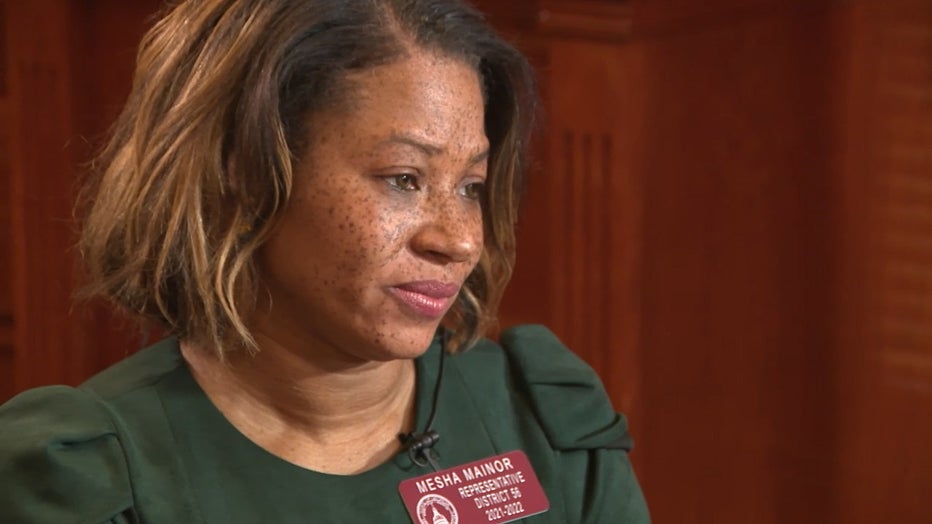 On one of the calls, Corwin Monson said he will stay in prison for ten years if he has to get back at her.

"The fact that he would say he would stay in jail for 10 years out of sheer hatred for me. That's crazy. If a judge lets him out, what do you think he's going to do to me," said Mainor.

Then at the end of one conversation, Monson tells his wife, he wants Representative Mainor criminally charged with theft and perjury.

"That needs to go to the DA's office. He's telling a Fulton County commissioner, I want to take a citizen out. How would that make you feel," said Mainor.

Commissioner Marvin Arrington withdrew as the attorney in Corwin Monson's case and did not respond to requests for comment. Monson's new attorney - Kristi Gladden - wrote us to say we have only heard the prosecution's side of the story and her client is innocent until proven guilty. She is confident the evidence will ultimately exonerate Mr. Monson.

A trial date has yet to be set in the case.