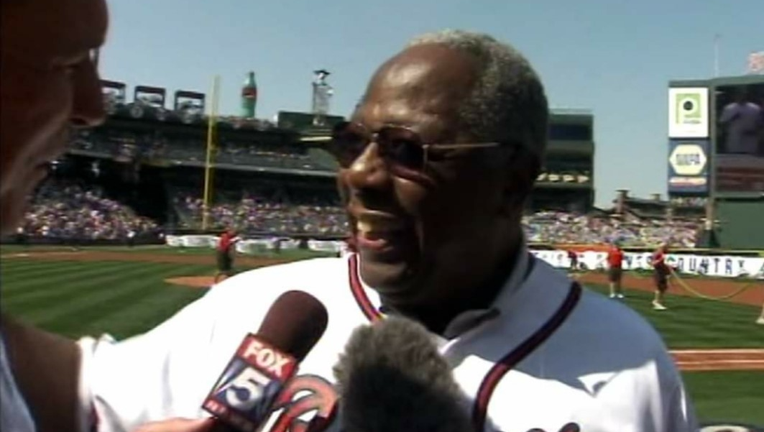 ATLANTA - No one lives forever - right? Over time we learn that to be a fact. Yet, we often assign immortality to our childhood heroes.

Hank Aaron was such an immortal to me, and I suspect, to many others. How else to explain the sense of loss I feel for the player -and the man. Hank was supposed to live forever.

I remember as a 12-year-old watching Hank tie Babe Ruth with home run #714 in Cincinnati. I was worried he would break the record on the road. And when, thankfully, he didn’t, it became my young life’s mission to make sure I was in front of my family’s old Zenith black and white television on the night of April 8, 1974, to watch him break it!

For many, many years, when the Braves were not so good, this defiant child-fan could always boast, "yeah, but we’ve got Hank Aaron, and you don’t!"

One of the great joys of my career was having the privilege of getting to know Mr. Aaron. Being in his presence made me feel like a kid. But I immediately learned that this giant of a man brought no pretensions to our conversations. Incredibly humble, and a reluctant celebrity, he gave of his time and fame because he knew what his life meant to others.

Hank Aaron was more than a baseball player. This modest man from Mobile, Alabama would end up carrying the weight of the world on his shoulders during his pursuit of The Babe’s record. 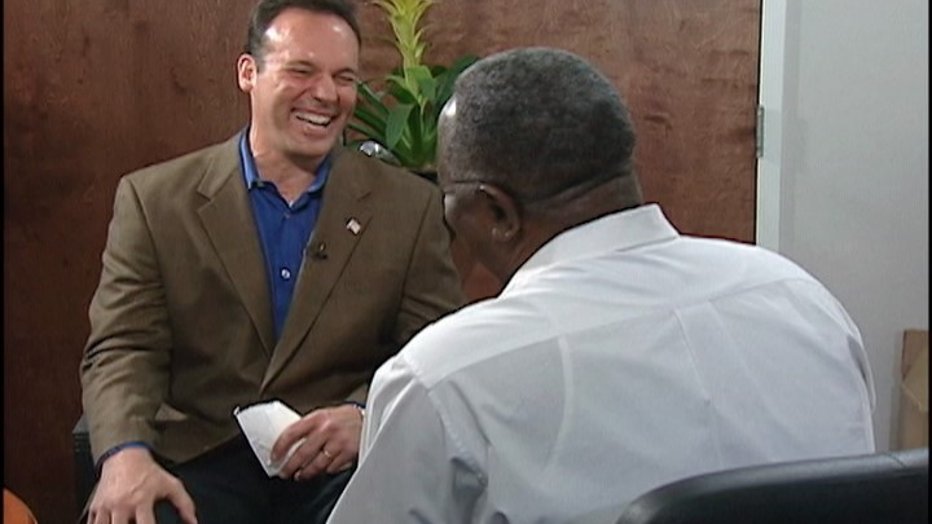 There was a lot made back then of a "black man" breaking a white icon’s home run record. But I was 12. Twelve-year-olds don’t think about stuff like that. Hank was simply our guy. My hero. There’s a lesson there, I’m sure.

Asked about what it would mean to eclipse the home run mark of the iconic Babe Ruth, Hank famously answered: "I don't want them to forget (Babe) Ruth, I just want them to remember me!"

It would probably not have been his choice to be a leader in the civil rights movement, but he accepted it.

One of the things I loved most about his life is that he was someone our whole community could rally around. He was another reason for us to get together.  And when you get together, good things happen.  And they certainly did for our city and community.

He wasn’t a politician or Hollywood actor.  Just a humble man going about his business without pretension.

I’m reminded of my favorite newspaper cartoon right now. It was published during the height of baseball’s steroid scandals. The drawing shows the tiny caricatures of Barry Bonds, Sammy Sosa, and Mark McGwire standing in the shadow of a giant Hank Aaron. The caption quotes the tiny Bonds, Sosa, McGwire: "the more home runs he hits, the bigger HE GETS!"

Hank is supposed to live forever, and he will … in my heart.