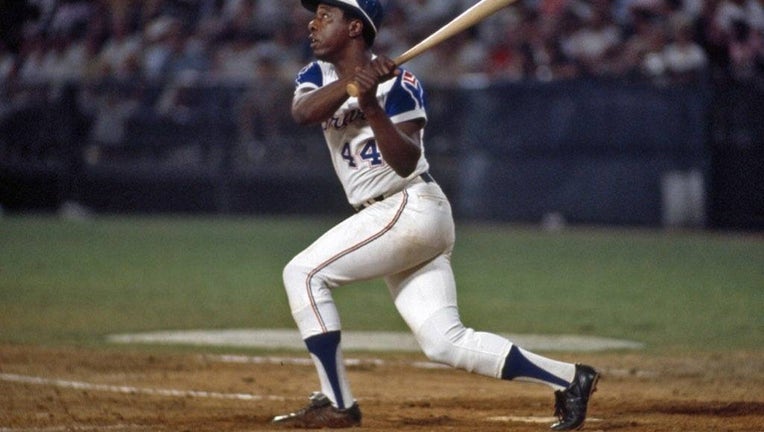 Sitting in front of my family’s black and white Zenith tv.

My heart was racing.

Hank was going after the home run record.  He had already tied Babe Ruth with home run #714 four days earlier, in the season opener, in Cincinnati and I was worried he would break the mark on the road.

I wanted him to do it at home —in Atlanta Fulton County Stadium.

Many historians like to pontificate over the historical and racial significance of the event.  A black man breaking the record of a revered white icon.  But I never saw it that way.  I was just a kid.  And kids never really see things that way.

Hank wore my team’s uniform, so Hank was one of us — ALL OF US!

The only time I saw black versus white was when I was watching our old tv, like on that wonderful night of April 8, 1974.

He had finished the previous season with 713 homers.  Two shy of breaking The Babe’s 714.

And he wasted no time at the beginning of the 1974 season, hitting #714 on the very first pitch of his first at bat.

I prayed: PLEASE! NOT IN CINCINNATI!

As the story goes, the Braves tried benching him for the rest of that series, but the commissioner would have none of it.  He played two of the three games and “safely” managed not to hit a home run —until he came home!

Then in the 4th game of the season..  at home..   he hit 715 off LA’s Al Downing, launching him past Ruth on baseball’s all-time list.

I remember the night.

He walked in his first at bat, which added to the tension in the air.

The moment we were waiting for came in the bottom of the 4th inning.

He took a 1-0 pitch from Al Downing, flicked his powerful wrists, and sent the ball over the left-centerfield wall.  A game-tying homer, by the way.

I could feel it on our little tv —wishing I was there!  (many would later claim to have been there!) 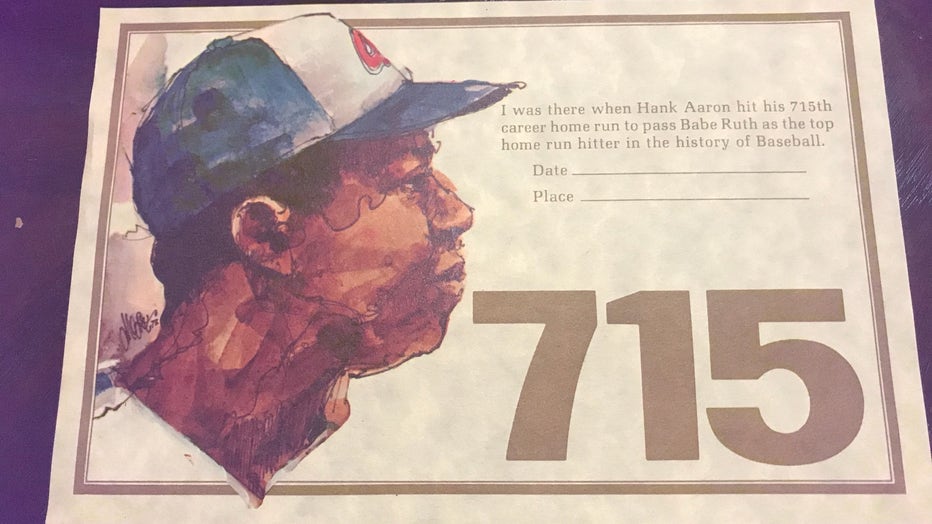 FOX 5 SPORTS Exec. Producer Chip Zeller, then 11 years old, was in fact, there on that wonderful night in Atlanta Fulton County Stadium and has the 715 certificate to prove it! (as well as a certificate for Hank's hr #700). 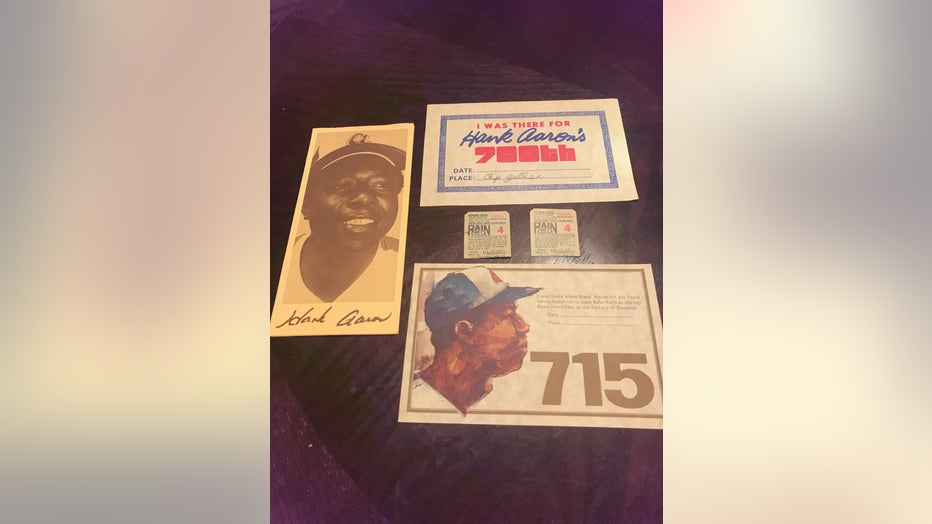 “He’s sitting on 714,” said Braves broadcaster Milo Hamilton right before one of the most famous swings in baseball history. “Here’s the pitch by Downing. Swinging. Here’s a drive into left center field. That ball is gonna be … outta here! It’s gone! It’s 715! There’s a new home run champion of all time, and it’s Henry Aaron.”

That was our guy!

For the longest time, as our sports teams wallowed in mediocrity, the one claim we had was that Hank Aaron wore our uniform! 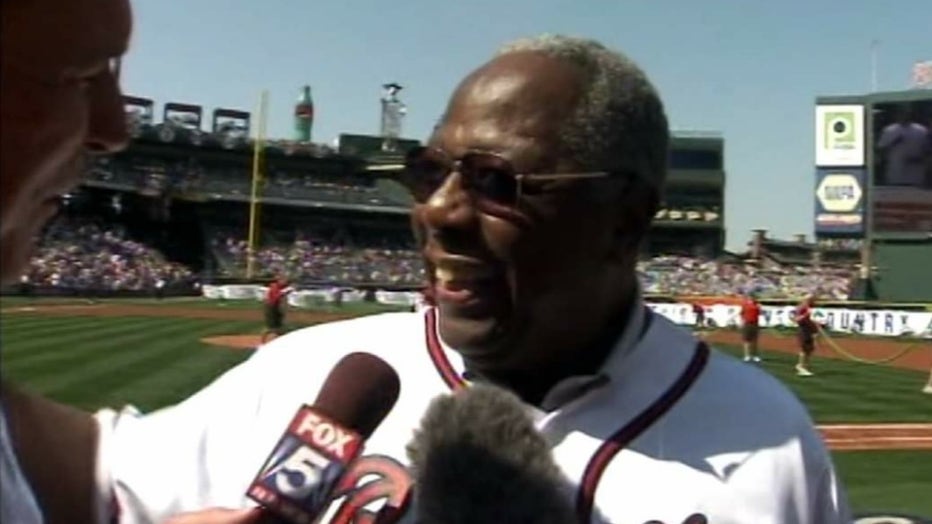 The moment when a veteran sports reporter becomes a kid again!