ATLANTA - Was it tough to plead guilty, I asked Hyatt Choudhary. "It was tough. I had no choice," he responded.

Hayat Choudhary is the latest person found either charged or found guilty in the ongoing federal corruption investigation at Atlanta City hall, but he is the first to talk about it.

"I am very shocked and very shameful. I need justice," he told me.

According to court documents, last Friday Choudary pleaded guilty to paying an unnamed city official, $20,000 to secure an airport contract.

The city of Atlanta has confirmed that official is former contract procurement officer Mano Smith. He oversaw the contract Choudhary won for the airport food. The city fired Mano Smith last week for accepting gratuities, after several months of being on suspension - according to the city of Atlanta.

The $200,000 a year contract in question was to provide food to taxi cab drivers at Hartsfield-Jackson International Airport.

According to the charging document: "CHOUDHARY gave $10,000 in cash as payment to a COA Official in order to receive an airport contract."

Choudhary tells me he was advised he had to pay the bribe to get a city contract. He says he met Mano Smith at the back of a shopping plaza near the airport and handed over an envelope full of cash.

Over the course of two days, in two exclusive interviews, Choudhary told me he felt he had no choice. He says an advisor told him point-blank: "He said in this city you must have to pay somebody to get it otherwise you never get it."

Choudhary says that's when Mano Smith then asked for another $10,000.  So, Choudhary met him again at the same shopping mall. He handed over another envelope stuffed with cash. 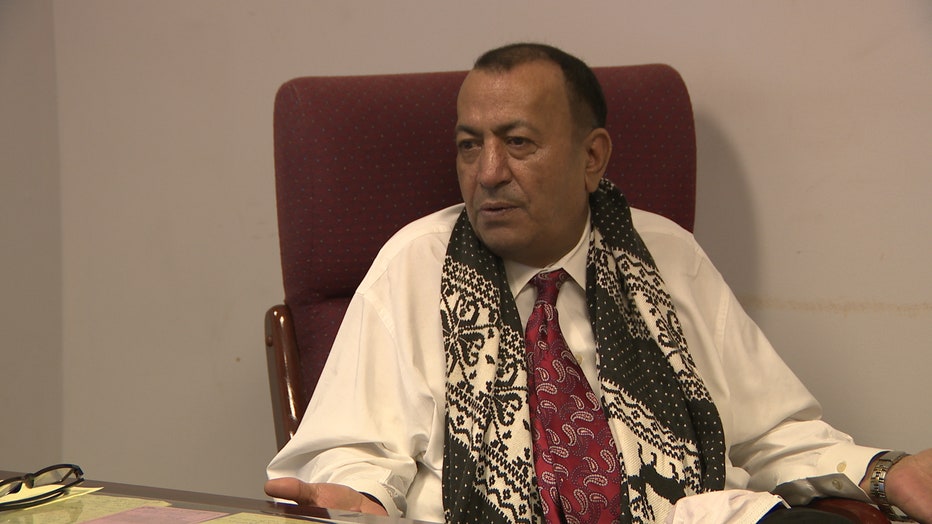 Choudhary put it all behind him until late last year when the FBI knocked on his door one night. He had been caught.

Choudhary will be sentenced in August. He worries about his reputation, saying he's never committed a crime before in his life. He says he has had cancer, and needs a liver transplant, and knows he faces up to 5 years in prison.

"Are you afraid of facing a long prison sentence. Maybe I die before," he said.

We were unable to reach Mano Smith for comment.