It's been more than a day since Nicole Hall went missing. Police have been searching a heavily-wooded area in hopes of finding her before nightfall.

She said she woke just before 9 a.m. Sunday morning to find the girl missing from their upstairs unit.

"I woke up yesterday morning and my daughter wasn't here. The door was cracked. I went outside the whole place. I did not see her. I called 911," Hall said.

Hall said responding officers ransacked her room and searched the property for clues in the girl's disappearance.

"They were out here for about five hours looking around. They say they went in a three-mile radius. That's not nothing," Hall said. "This is not a good area. There is a lot of trafficking going on." 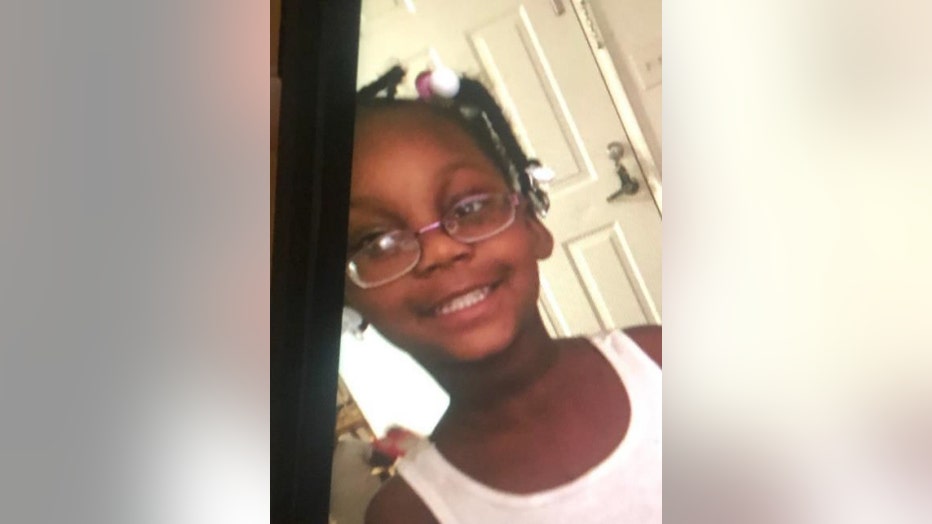 The Gwinnett County Police Department said Nicole Hall was last seen by her mother between midnight and 1 a.m. on Sunday. Hall went missing from the Hometown Studios at 7049 Jimmy Carter Boulevard.

"The rental office came, and they start knocking on doors, checking for the girl. They came in my room and left out. That's when I knew the girl was missing," Terrell said.

Hall moved here about two months ago with Nicole and the girl's two younger siblings.

The child was diagnosed with autism. Her mother said she's never gone off on her own.

She goes by her middle name, Amari.

Gwinnett County police said they will pick up the active search for a missing 8-year-old girl who was diagnosed with autism. The girl has been missing for more than 48 hours and there are concerns because of the freezing temperatures overnight.

The child is 4-feet-10-inches tall and weighs 80 pounds. She has brown eyes and black shoulder-length hair.

Hall was last seen wearing a blue Tweety Bird jacket, with a blue and white pajama set. She is possibly wearing her glasses and her rainbow light-up shoes.

"She is very, very smart," Hall said. "Even though she is autistic she is very aware of things. She is very observant. This hurts."

Anyone who may come in contact with her or learn of her whereabouts to call the GCPD detectives at 770-513-5300 or leave an anonymous tip with Crime Stoppers at 404-577-TIPS (8477) or www.stopcrimeATL.com.