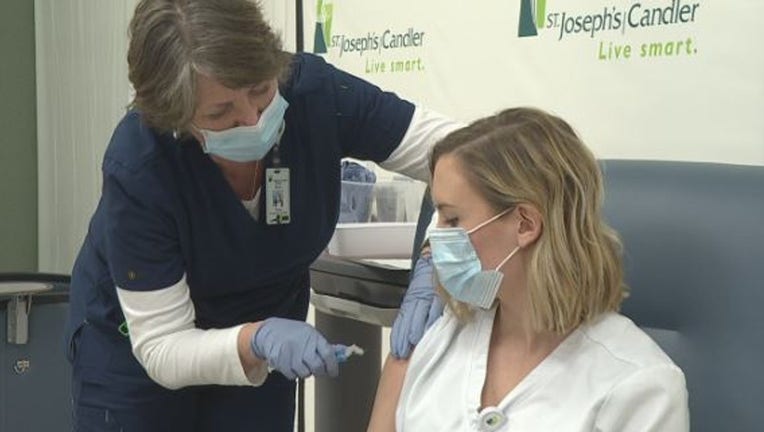 Four months ago, Savannah nurse Maegan Paradee became one of the first Georgians to receive a COVID-19 vaccine. Since then, 5 million shots have been given in Georgia - .02% have reported any side effects to the federal database for vaccines. (photo

Now, four months and 5 million Georgia shots later, plus more than 200 million jabs across the country, we have a better snapshot of the side effects you can experience from the vaccine.

"At the end of the day, the side effects are much more milder than the disease itself," said North Carolina State researcher Dr. Julie Swann.

The government’s decision last week to temporarily pause Johnson and Johnson’s vaccine shows how even a tiny percentage of serious side effects can prompt a quick response.

THE LATEST ON THE CORONAVIRUS VACCINE 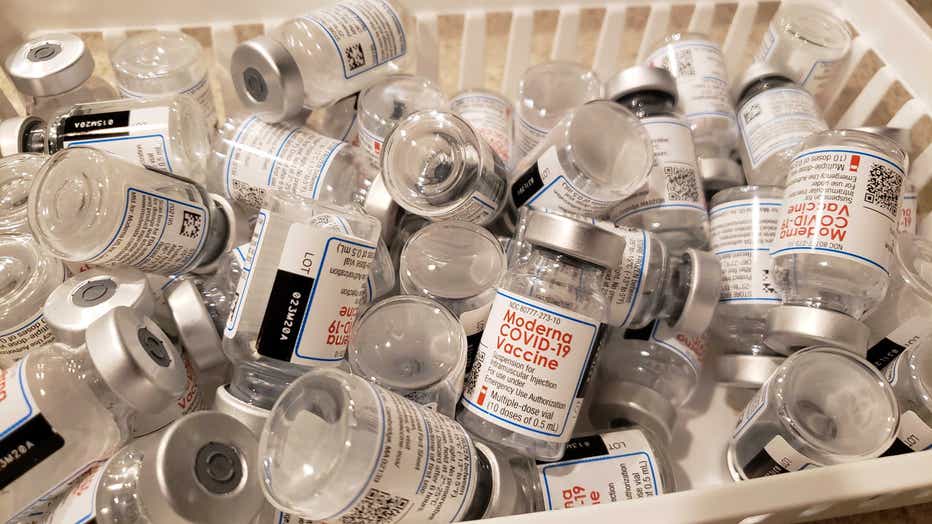 In Georgia, 423 people reported a side effect from the Moderna vaccine; 535 from Pfizer.

But the use of two other COVID vaccines — Pfizer and Moderna — is much more widespread in this country.

"I really do think these vaccines are great and people really should consider them," Swann said.

One way researchers track vaccine side effects is through a database called VAERS, the Vaccine Adverse Event Reporting System, jointly operated by the Centers for Disease Control and Prevention and the Food and Drug Administration.

Both patients and medical professionals can voluntarily report to VAERS anything unusual they see or experience. The reports are not vetted to determine whether the vaccine is actually to blame for the side effects, but VAERS is widely considered an "early warning system" for potential vaccine problems.

Only a fraction of a fraction of Georgians have reported COVID vaccine side effects to Centers for Disease Control and Prevention.

MORE: Half of US adults have now received at least one shot of COVID-19 vaccine, CDC says

As of the beginning of April, 1,076 cases of COVID vaccine side effects had been reported in Georgia — again out of nearly 5 million shots.

Most include minor issues such as "feeling hot," "headache," or "chills."

The VAERS site even lists reports of deaths after the COVID vaccine — 36 in Georgia.

Across the country through March 29, the CDC says there have been 2,509 deaths reported to VAERS, but a review of all data "revealed no evidence that vaccination contributed to patient deaths."

"Even independent of what happens with the vaccine, sometimes bad things happen," Swann explained. "Sometimes you have a stroke. Of course, those are terrible things, but it doesn’t necessarily mean that it’s tied to that vaccine that you had."

The four-month anniversary of the COVID vaccine is convincing some fence-sitters to hop down and get in line. 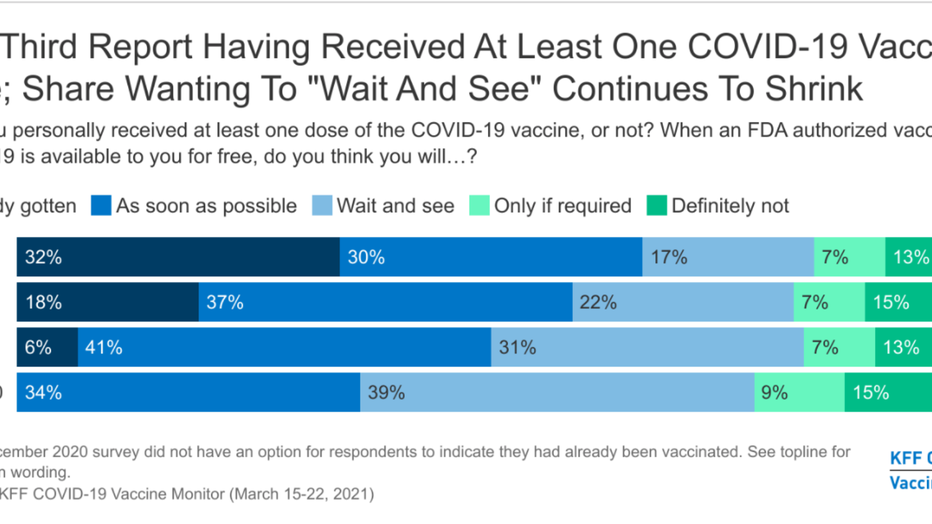 The Kaiser Family Foundation polling shows how some Americans are warming to the idea of being vaccinated against COVID-19. (Graphic by KFF)

According to the Kaiser Family Foundation, in December 39% of Americans wanted to wait and see. Last month, that number was only 17%.

"I needed to see it before I was willing to take it," explained Tiara Gonzales.

As a Stone Mountain Park ranger and TSA worker, Gonzales could have been vaccinated in January. 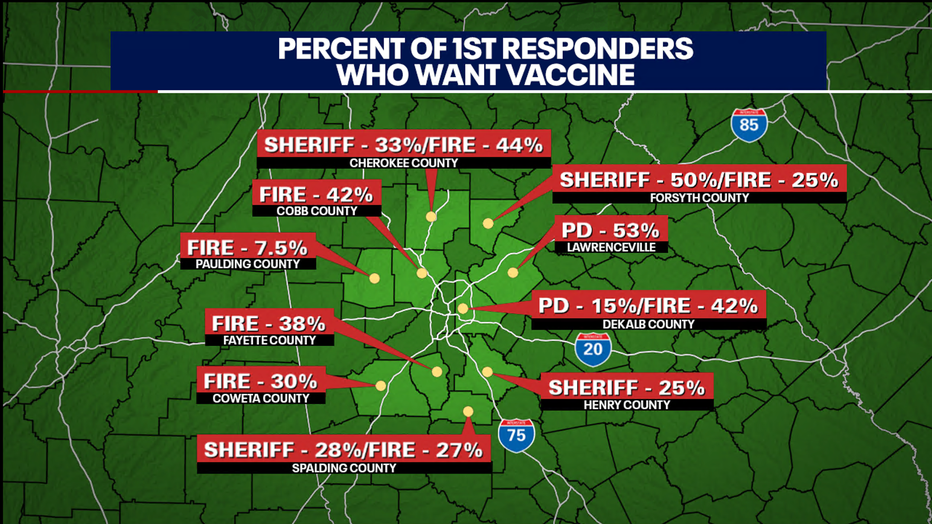 When the FOX 5 I-Team surveyed random first responders in January, the percentage interested in the vaccine was consistently low.

But she was in that group of first responders we surveyed back then who said they were not in a rush to sign up.

Most departments said less than half of their employees planned to be vaccinated. 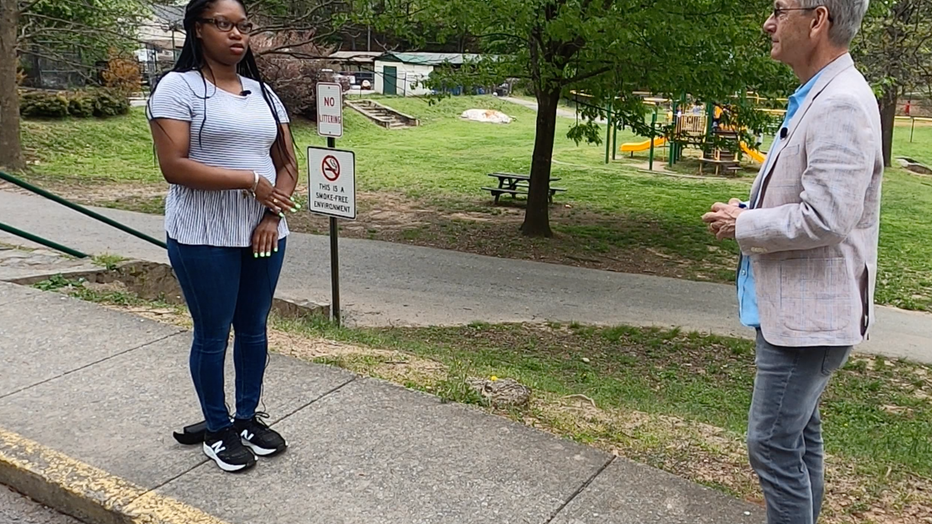 "I was honestly thinking oh, that’s nice for everyone who wants to take it," said Gonzales, 29. "But not me."

That changed in late March after her mother and other family members received their vaccinations, and the side effects were better known.

Gonzales got her second Pfizer shot on April 10. No side effects at all, she reported.

"We have a little group chat," Gonzales said about her friends. "Everyone was like 'No, we’re not taking it.' Now they’re asking me 'Where do you go and how do I get an appointment?'"

With the tiny number of side effects being reported, vaccine advocates hope others will decide they have waited — and seen — enough.

"I think we’ve seen more data on these vaccines than we have seen on any other really," said Dr. Swann. "The data is clear. The vaccines prevent severe outcomes and death and with just mild side effects."

She says the other option is to wait until you contract the COVID virus.

Sadly, those possible side effects are well-known.