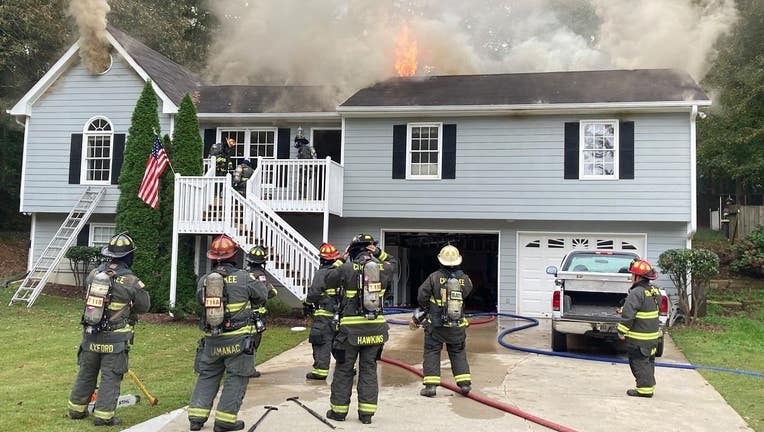 Cherokee County Fire and emergency servies responded about 12:30 p.m. to a two-story home on fire, located in the 5000 block of Apple Orchard Lane off Toonigh Road. 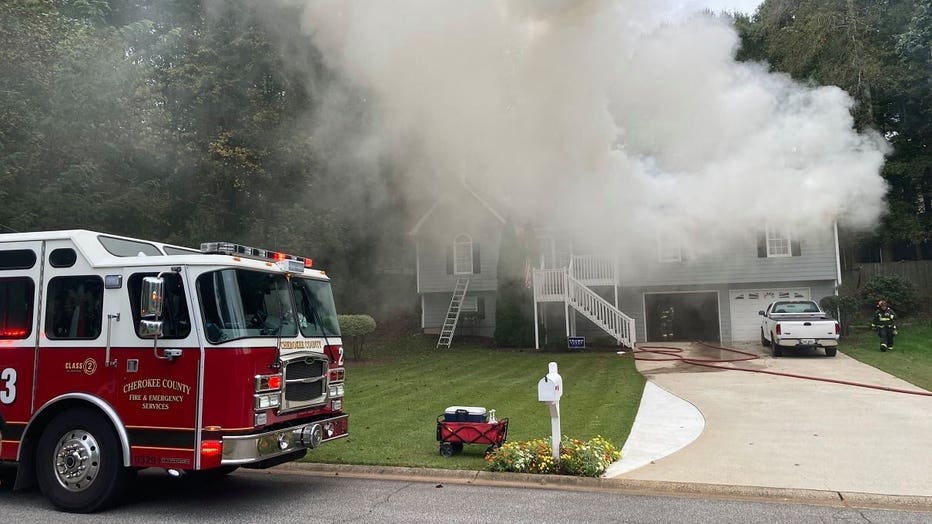 Flames could be seen coming through the roof. Firefighers managed to bring the blaze under control in about an hour. 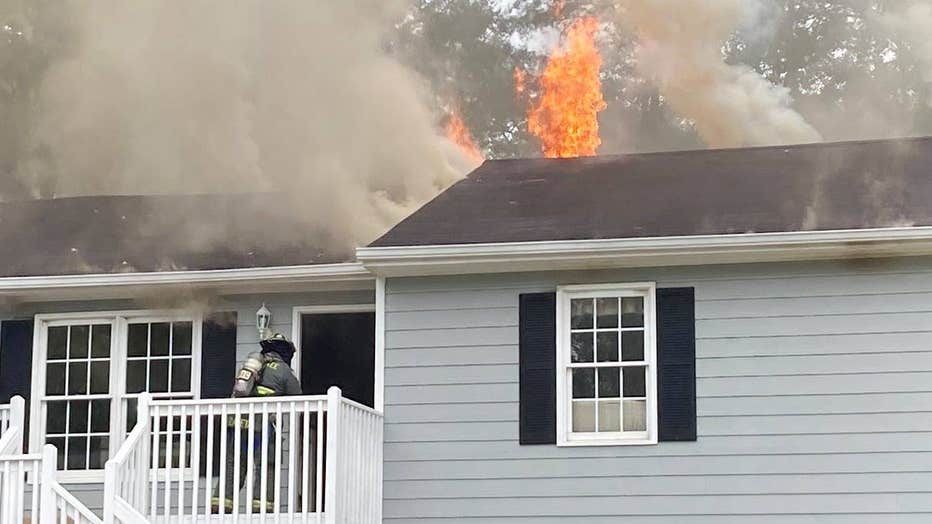 A family of four was living inside the home, however, they were not home at the time. No injuries were reported.

Both lanes of Apple Orchard Lane were blocked until the fire operation was complete.

According to Fire Investigator, Ashley Pope, the fire caused moderate damage throughout the house and the cause was under investigation.