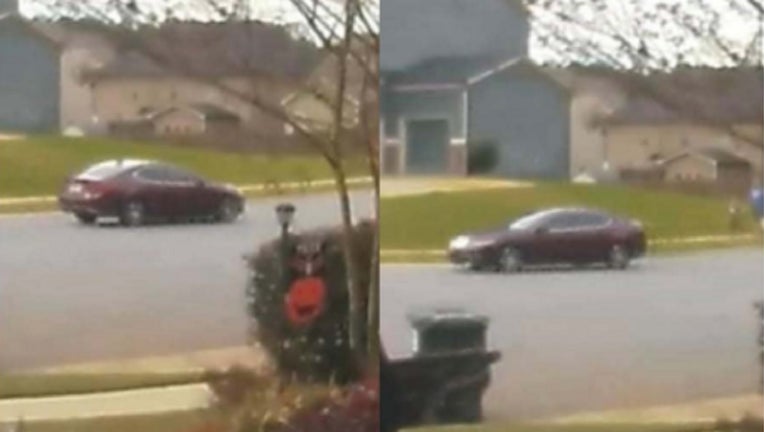 Police released these images of a car involved in a stranger-danger incident in the Carson Creek subdivision of Holly Springs on Oct. 24, 2021. (Holly Springs Police Department)

HOLLY SPRINGS, Ga. - Police are warning parents and children to be a bit more vigilant after a stranger-danger encounter in Holly Springs.

It happened along New Light Road in the Carson Creek subdivision in Holly Springs around 4:42 p.m. on Monday. The Holly Springs Police Department said a man approached a boy asking for his help to search for a lost kitten. The child agreed to help at first, but became wary of the stranger when he told the boy to "hop in the car," police said.

The child screamed for the man to get away and the man left the neighborhood, police said.

Home surveillance caught the car on camera. Police released two images of it in hopes of finding its driver.

The driver is described as being a white man in his early 40s with short dark hair and a scraggly salt and pepper beard.