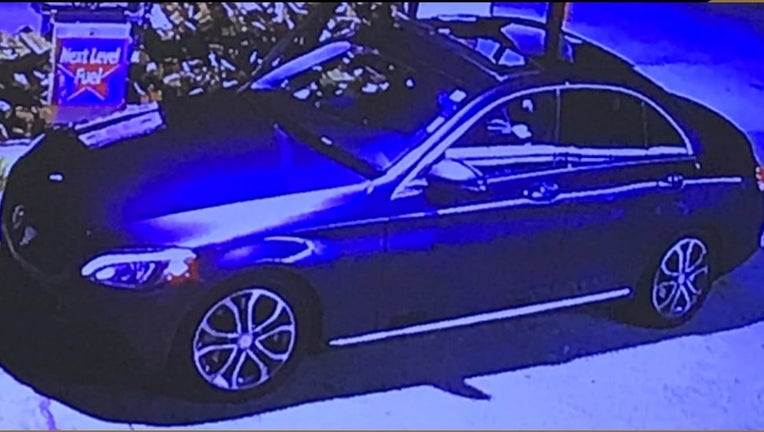 HALL COUNTY, Ga. - The Hall County Sheriff's Office is asking for help identifying a vehicle that was possibly involved in a smash-and-grab burglary early Monday morning.

Officials shared a photo of the blue Mercedes on Facebook Monday.

According to deputies, the car was caught on a surveillance camera during the burglary on the 3,500 block of Clarks Bridge Road.

Deputies say the suspect broke the glass door of the Clarks Food Mart in the early morning hours of March 22.

If you have any information that can help with the case, please call Hall County Investigator Grindle at (770) 533-7687.