Police said the unit responded to a call from the Hall County Sheriff’s Office to assist in the search for a Gainesville man around 7:30 a.m. on Friday, April 17.  The 40-year-old man had just moved to the state from Florida and was not entirely familiar with the area yet. In addition, police said the man had diminished mental capacity and was being treated with prescription medication, which he did not have on him. 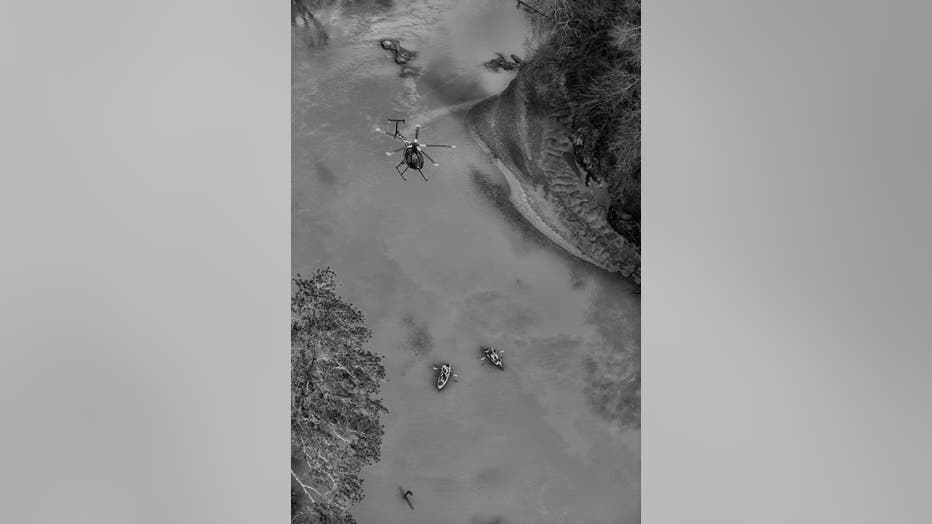 Police said within 54 minutes of the new MD 530F helicopter taking off from Briscoe Field, the man was located about a mile from his home. He was in good health and was quickly reunited with his family.

The man credits being able to find his way out of the woods because he heard the public address system on the new helicopter.

Police said in addition to the PA system, the new helicopter is equipped with a FLIR infrared camera system, that allows the crew to see heat signatures even at night.

Right now, the Aviation Unit has two pilots and one pilot-in-training who is also a sworn Gwinnett County Police Officer. They are the county’s eye from the sky in assisting with searches for missing persons and wanted subjects.