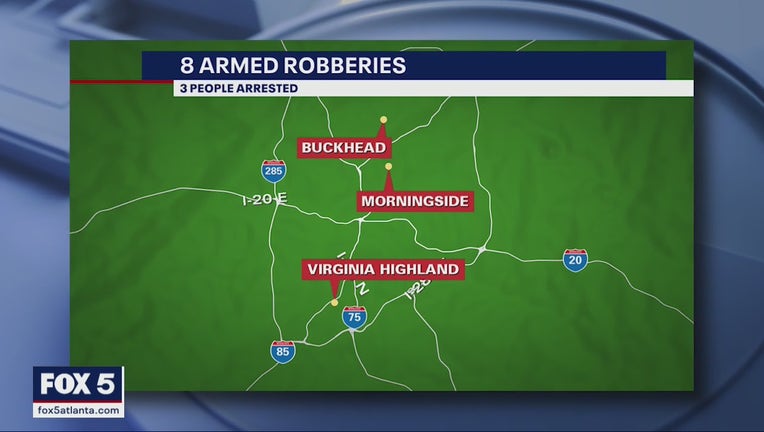 ATLANTA - Atlanta police made several arrests in connection to eight different armed robberies across the city since the start of the month.

Investigators determined the robberies were all committed by the same group of people.

Three suspects, two of them are juveniles, were arrested. A 15-year-old is still being sought by investigators.

Police said the crimes took place in Buckhead, Morningside, and Virginia Highland between July 8 and 12 including:

The group also reportedly used their job as food delivery drivers, to seek out other targets.