Moore is a 20-year veteran of Atlanta public service. She said the 10th federal indictment of either a city official or a contractor who worked under or during Mayor Kasim Reed's administration is historic in Atlanta.

"This has at this point been larger than any other administration in terms of indictments, guilty pleas, and corruption," said Moore.

Cino thinks the latest indictment is a sign prosecutors are slowly moving up the administrative ladder.

"These are some significant allegations against the chief financial officer, who is now one step away from the Mayor," said Cino. 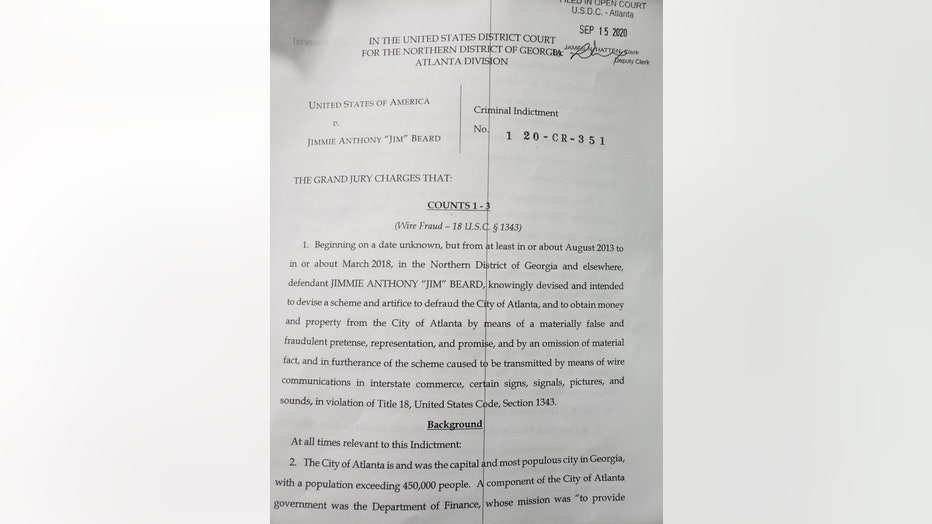 For four years, the FOX 5 I-Team has reported on FBI and IRS raids, agents hauling potential evidence out of City Hall, threats made to a potential witness, and a jaw-dropping number of top city officials and city contractors who have plead guilty to a variety of federal crimes. Some are still awaiting trial.

The latest indictment alleges Jim Beard used taxpayer's money to "pay for personal travel expenses" for himself and his family," and for "travel to conferences" in which he was reimbursed by the meeting host, and finally for travel that he claimed to the IRS was related to his "private consulting work."

The indictment alleges taxpayers allegedly paid $3,800 for hotel rooms for Beard's daughter at the Lollapalooza Music Festival. $1,350 for rose petal turndown service at an Atlanta hotel for him and his wife. He lives in Atlanta. And $2,641for two custom-built machine guns. 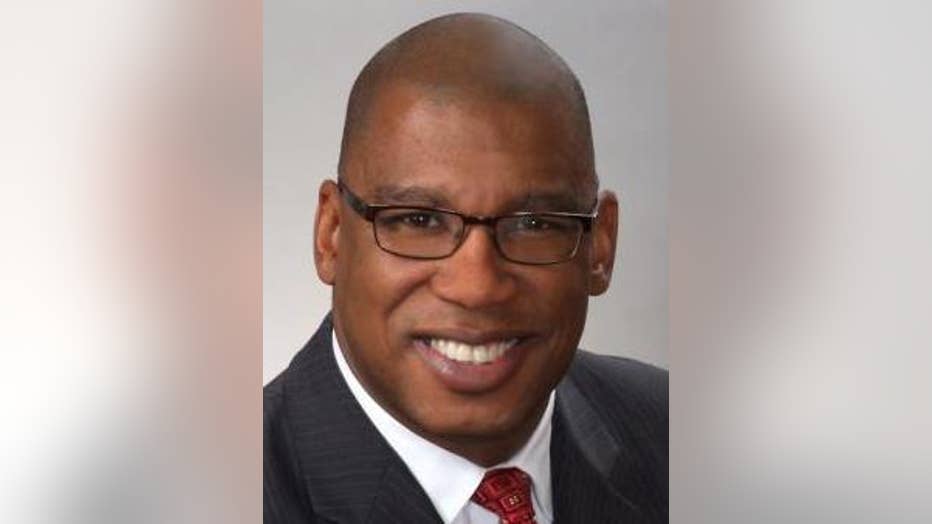 Beard is the seventh city official who worked under Mayor Kasim Reed to be indicted in the ongoing FBI, IRS, and ATF investigation. A troubling legacy for the city to overcome, said Felicia Moore.

"The most disappointing thing is one, the citizens, and their continued erosion of public trust," said Moore.

Jim Beard's attorney Scott Grubman issued a statement saying his client "vehemently disagrees" with the allegations. Grubman said Mr. Beard made several authorized trips on big projects for the city and facilitated purchases for the Atlanta Police. Grubman said his client looks forward to his day in court. Former Mayor Kasim Reed had no comment.

“We have reviewed the indictment and, suffice it to say, vehemently disagree with the various allegations levied against Mr. Beard. As the Chief Financial Officer for the City of Atlanta, Mr. Beard either served as the lead for, participated in, or advised with, numerous major transactions and projects for the city, which required him to take a number of authorized trips to facilitate the successful closing of those transactions. He also facilitated purchases by city departments, including the Atlanta Police Department. Mr. Beard looks forward to his day in court, where we are confident that all of the facts will come out and completely clear Mr. Beard of any wrongdoing.”

“These are very serious and disappointing allegations and the City will continue to assist the authorities with their investigation. Meanwhile, this Administration will continue to take steps to deter wrongdoing and strengthen the public trust.  Already, this Administration has placed restrictions on credit card use, appointed the City’s first Chief Transparency Officer and creating the Office of Inspector General.’