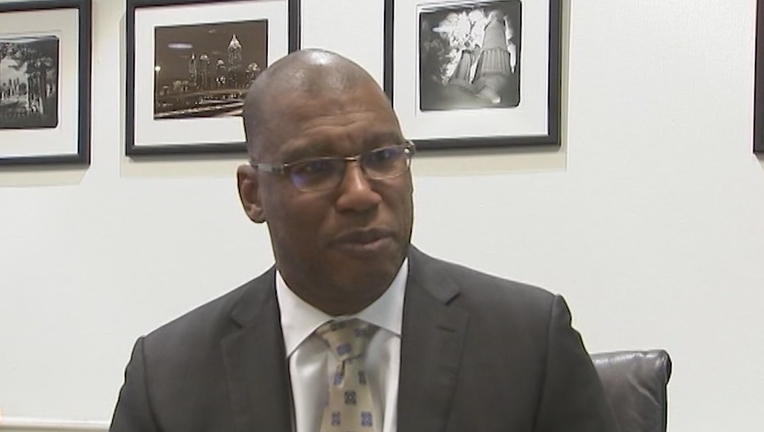 ATLANTA - A federal grand jury has indicted City of Atlanta's former CFO Jim Beard with counts of wire fraud, theft from the government, and more.

In a release sent by the U.S. Attorney for the Northern District of Georgia Byung J. “BJay” Pak, the charges stem from the 2011 to 2018 period when the now-56-year-old Beard ran the city's Department of Finance.

Pak said that in 2012 Beard was issued a credit card to use only for official City of Atlanta business-related purchases. After receiving the card and acknowledging that "personal charges" were "prohibited, Beard is accused of defraud the city for money and property for private use.

In the period between August 2013 and March 2018, Bear is accused of using City of Atlanta funds to pay for personal travel for himself, family, and travel companions, buy personal items, pay for official travel in which he did got give the reimbursed funds back to the city, and to pay for travel he claimed to the IRS was for consulting work that he never disclosed to the city.

City of Atlanta rules allow employees to be reimbursed for travel, meals and lodging, so long as it is in connection with working in an official capacity and that the receipt of reimbursements are reported on a Travel Disclosure Report within 30 days. However, officials say Beard never filed any of the Travel Disclosure Report for any of the reimbursements he received in the time period.

“Jim Beard allegedly abused his position as one of the most powerful executives in the City of Atlanta to commit federal crimes for his own gain, including stealing tens of thousands of dollars of the public’s money, possessing machine guns that members of the public cannot have, and obstructing an IRS audit,” said Pak.  “Those in government leadership positions have an obligation to set the organization’s culture for ethical conduct.  As alleged by the Grand Jury, Beard fundamentally betrayed that obligation.”

In 2018, the FOX 5 I-Team examined Beard's travel, finding a pattern. We found he paid for first-class style plane tickets like a $9,519 flight to Beijing, and $14,732 business class flight and hotel to Amsterdam for two city employees. He also had lavish hotel expenses, like $10,277 for the Shangri La in Paris.

In the release, officials note that the credit card was used to pay for over $3,800 for hotel rooms in Chicago while Beard's step-daughter was attending the Lollapalooza Music Festival in both 2015 and 2016. Beard was not in Chicago at the time, officials said.

The credit card was also used so that Beard and his wife could stay in an Atlanta hotel room in Atlanta during a period of time when his work calender was listed as “Do Not Schedule – PTO,” officials also said.

Beard is also accused of ordering two custom-built machine guns worth over $2,600 and are illegal for anyone to own outside of law enforcement and military personal. Officials said he falsely certified in a tax exemption were "for the exclusive use of the Atlanta Police Department."

“Jimmie A. Beard systematically defrauded the City of Atlanta and impeded the IRS from assessing his true tax liability,” said IRS Criminal Investigation Special Agent in Charge James E. Dorsey. “His desire for money, along with the power and luxuries it buys, drove him to allegedly perpetrate crimes violating his position and public trust. Thanks to the financial expertise of IRS-CI special agents, who worked side-by-side with our federal partners to uncover these schemes, Beard will now face the consequences of his actions.”