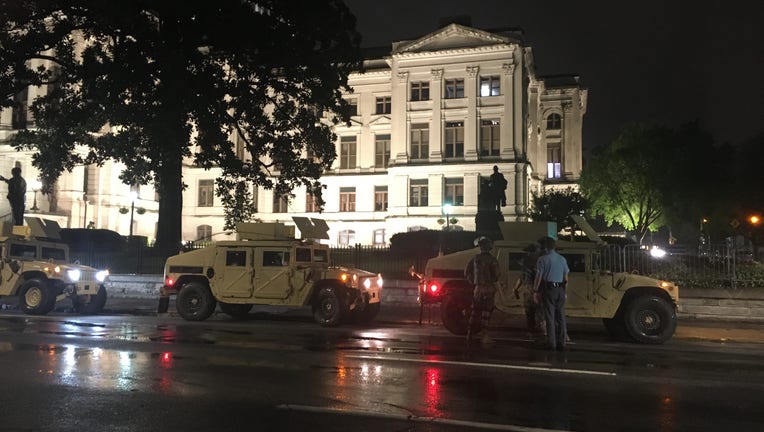 The Georgia National Guard arrives at the State Capitol after a state of emergency was declared on July 6, 2020. (FOX 5)

The renewed declaration runs until July 27.

Troops were called up a week ago to be stationed outside the State Capital, the Department of Public Safety and the Governor's Mansion.

The governor had activated the Georgia National Guard after a weekend of violence and unrest in Atlanta during the Fourth of July holiday weekend that saw the several shooting deaths, including that of an 8-year-old girl, and the vandalism of the Georgia Public Safety Building.

Mayor Keisha Lance Bottoms has previously called the move unnecessary and says the governor did not consult her about bringing the troops into the city.