About 1,000 Georgia National Guard troops have been called up to protect state buildings following a weekend of violence.

ATLANTA - After a violent and deadly weekend in Georgia, Governor Brian Kemp has declared a State of Emergency. He authorized 1,000 Georgia National Guard Troops to protect state buildings.

The troops will be stationed outside the State Capital, the Department of Public Safety and the Governor's Mansion.

In a statement, Governor Kemp said "The lawlessness must be stopped and order restored in our capital city".

Authorities say 30 people were shot this weekend. Five people died, including 8-year-old Secoriea Turner who died when a gunman opened fire on the car she was riding in.

Vernon Jones on vandalism and violence

State Representative Vernon Jones condemns the killing on an 8-year-old girl and the vandalization of the Georgia Public Safety Department.

"We are demanding action for Secoriea Turner and all the other people who were shot," said Mayor Bottoms.

The Georgia National Guard has arrived at key areas of Atlanta to protect state buildings in the wake of a violent Fourth of July weekend.

The shooting happened near the Wendy's on University Avenue, the same place where Rayshard Brooks was killed.

"This violence hits home because it's within blocks from my church," said Rev. H Mcdonald, pastor of Salvation Word of Life Ministry. 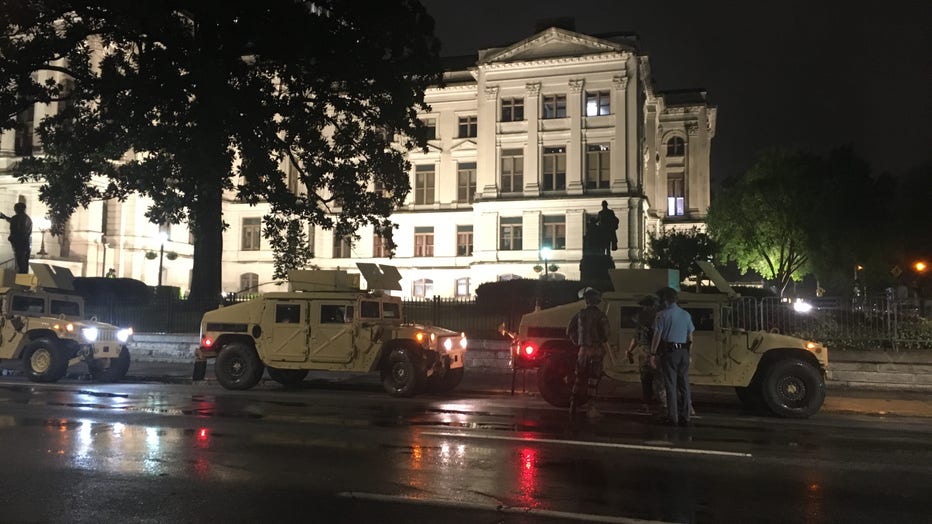 The Georgia National Guard arrives at the State Capitol after a state of emergency was declared on July 6, 2020. (FOX 5)

Rev. H McDonald says the violence is destroying the community.  He says he's not trying to silence the protesters but says they need to have a goal.  He says without a goal, there's chaos.

He says for those who truly want change, they need to do it the right way.

He's calling on clergy across the city to come together.

"Now let's sit down at the table of diversity and let us come together and work out a plan to put our nation back together," said Rev. McDonald.

The family of a man killed in an Auburn Avenue shooting has released a photo of the young man.