Georgians with family in Afghanistan heartbroken

Georgians who have family in Afghanistan have watched with fear and heartbreak as the Taliban seized control of the country.

ATLANTA - Georgians who have family in Afghanistan have watched with fear and heartbreak as the Taliban seized control of the country.

"Everyone I know is in hiding or just trying to stay at home, hoping nobody comes to them," Asiyah Sharif said.

Sharifi is a US immigration attorney who was born in Afghanistan.

She said her friends, family, and all those who fought for Western ideals for the last two decades are now terrified of what's to come.

"I'm hearing from women's rights activists messaging me, telling me, I'm in hiding, I'm getting texts from unknown numbers. I'm afraid. If I die, please remember my children," she said.

Sharifi spent several years working in the country, focusing on issues like immigration and gender justice, alongside other activists.

She said all of her work was essentially erased when the US withdrew its troops and the Taliban regained control.

"I just think about how hard I worked, how hard my friends worked. I mean, it sounds naïve, but really just to promote democratic ideals and women's rights," Sharifi said.

She recalled the last time she was in Afghanistan and saw how hopeful people were.

"I remember hearing boys and children laughing and singing and my friend who had been there throughout the years had said 'we didn't get to do this during the Taliban. There was no laughing, there was no singing. It was like being covered by darkness.' I think about how hopeful we were back then and how we just threw it all away," Sharifi said. 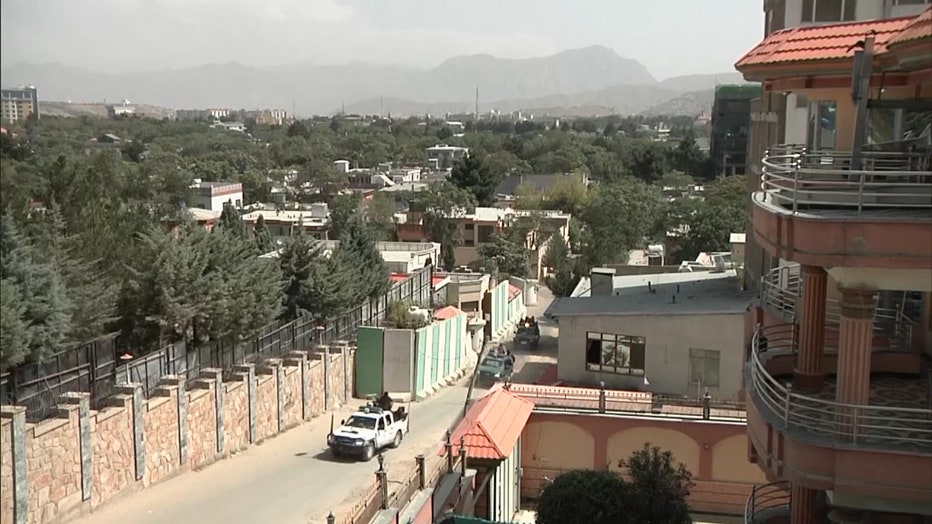 She said she hopes the US government accepts Afghan refugees and imposes diplomatic sanctions against the government of Pakistan for sponsoring the Taliban.

Bahar Mehr came to the US last year on a special immigrant visa, available to Afghans who helped the US during the war.

He, too, has been worried about his family and said they're waiting for the worst.

"We had a common enemy but still that enemy is at large. That enemy has taken over the country and those radical forces are now threatening the lives of millions of Afghans," he said.

Mehr said Afghans deserve to live a better life, but they're instead hiding and fearing for their lives.

"We left behind a nation that embraced democratic values, human rights values, and everything the US and Afghanistan fought for," Mehr said.

There are tens of thousands of special immigrant visa applicants who are now stuck, along with other Afghans, US citizens, and citizens of other countries.

The International Rescue Committee in Atlanta, the same group which helped Mehr get resettled in the US, said it's been receiving calls for help.

"It's SIV holders or refugees who've settled here in the last 20 years who are now reaching out to us, to our resettlement team, our immigration team saying 'how do I help my mother, my father, my cousins, my siblings, my friends.' They're not SIV holders but we know what awaits them if they stay. But right now we don't have a lot of information on a pathway out," said Justin Howell, the executive director of IRC Atlanta.

The IRC Atlanta has helped resettle 900 Afghans into the Atlanta area over the last two decades.