Christian White got a fresh start after a troubled past, but just as he was getting his life all together, he was murdered in Clayton County.

CLAYTON COUNTY, Ga. - Falinda Shinholster smiles and even chuckles a bit when she talks about her son Christian's bright smile and deep dimples. But the anguish and heartache hover right there at the surface as she questions why someone would shoot her son in a Jonesboro mobile home community on Mother's Day.

"It hurts. it hurts so bad. I'm sitting here, just lost my son and I can't believe it, but I still have compassion for someone else who we know is probably going to end up going to prison. So really, two families are hurting from this," Shinholster said from her Clayton County home Wednesday.

According to Clayton County Police, Christian White was shot in the chest while he was in his car, then crashed into the front of a mobile home on Crossbow Trail. It's still not clear who's been arrested and who's still on the run, but Falinda hopes witnesses or the gunmen will do the right thing.

"I want to be able to sleep at night knowing that the person who did this was apprehended," said Shinholster.

FOX 5 featured Christian in August 2020 when he was just 17 years old. He had just completed the Department of Juvenile Justice Fresh Start Initiative after paying his debt to society for crimes he committed as a minor. Christian was a bit timid on camera but smiled brightly that day as he told FOX 5's Portia Bruner about the rewards of being gainfully employed.

"I love the job. I love the people. I love the vibe. And this is good for me because I could be out here doing other things, but this feels good. It's legit money and no one can take away legit money from," said White, who was 17 at the time. 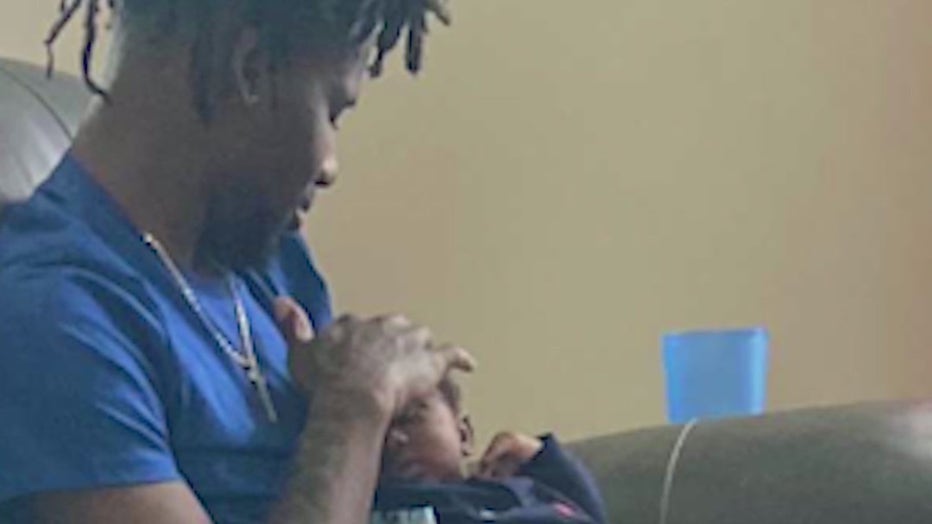 "I didn't grow up behind bars, but I grew up receiving calls from behind bars my entire childhood. It's not easy for the men or their families if they don't get a second chance,"  the Clark Atlanta University graduate told Bruner in August 2020.

She ended up promoting Christian to a logistics manager by December, right around the time he learned he was going to be the father of a baby boy. Cason was born Feb. 1, just a few weeks after Christian's 18th birthday.

"He was so excited when he got that job. He was really turning his life around, asking about bank accounts, debt, credit, and even stocks. He was making his own money the right way and wanted to start investing for his son," said Christian's heartbroken mother.

She said Christian was determined to be a good father and a great role model, even as he still struggled from time to time to stay on track.

"He was perfect and it was hard sometimes. But I just hope people will learn from him that you just have to live day by day and try to stay focused on your goals and your destination. It's not easy, but these kids, before they act, need to think about your parents and think about your families. The gun violence just has to stop," Shinholster told Bruner.

Clayton County Police and the GBI continue to investigate the shooting. White will be laid to rest in his hometown of Milledgeville.