Georgia patients who rely on low-THC cannabis oil will soon be able to buy it in Georgia. Six companies have been awarded licenses to produce the oil for medical use.

WALKER COUNTY, Ga. - The Georgia Access to Medical Cannabis Commission announced Saturday they have selected the six companies to which they will award production licenses to manufacture low-THC cannabis oil in Georgia.

The commission said they chose the half dozen companies from 69 applicants:

"Now we're finally seeing the light at the end of the tunnel and for a while it was a pretty dark tunnel," said Sebastien Cotte, the co-founder of Georgia's Hope, a grassroots advocacy group. 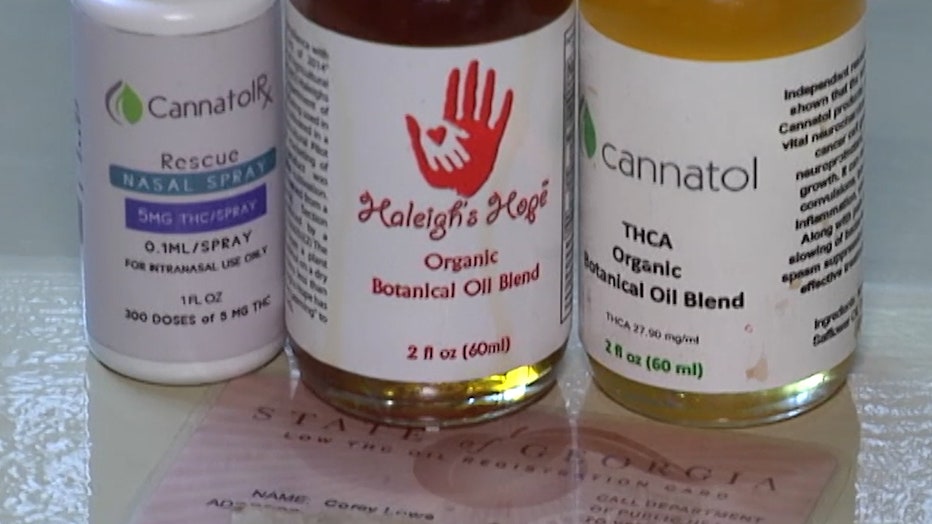 Cotte's 10-year-old son, Jagger, is one of the thousands of patients on the state's Low-THC oil registry. State lawmakers established the registry in 2015, which allowed patients with some chronic conditions to legally possess medical cannabis oil in Georgia. They still had to source it, though, from another state and break federal law to transport it here.

"Pretty much we had to be breaking the law for many years to do what we had to do for our kids," Cotte explained.

Now, those patients are just months away from being able to purchase cannabis oil from in-state manufacturers and dispensaries.

"We congratulate those who are potentially going to be the recipients of this award and encourage them to move quickly in trying to get the medicines to the patients that is so needed," said commission Chairman Dr. Christopher Edwards on Saturday.

Dr. Edwards said the commission will push for lawmakers to expand the list to include two to four more licenses to makes sure there are no gaps in coverage across the state.

"We really want to push on companies to be patient-centric, to make the products that we need, to help the patients, to have education for the patients and the doctors, to maybe have some low-income programs because that's very important," said Cotte.  "If we have the oil over here, but it's $500 or $600 a bottle, it's useless because people won't be able to afford it."

Under state law, the licensees must-have products available for patients within one year.