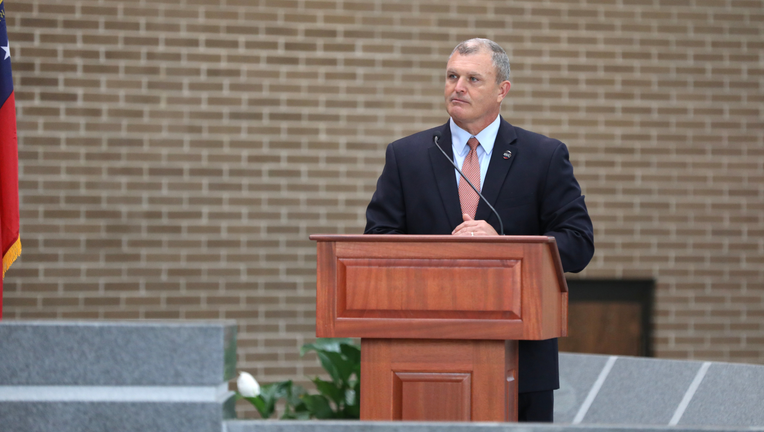 FORSYTH, Ga. - The man who runs the training academy for nearly all Georgia law enforcement officers says the shooting of Rayshard Brooks was tragic, yet justified.

DECISION 1: Officer Garrett Rolfe decides to arrest Brooks instead of letting him call for a ride or walk home.

In what would be the final 23 minutes of his life, two APD officers calmly talked to a clearly confused Brooks who had fallen asleep behind the wheel in a fast-food drive-thru line. Police video shows Brooks unsteady on his feet, even unsure what city he was in. He blew a .108, above the legal limit in Georgia.

Yet police never saw him operating a motor vehicle on a public highway. Could they have impounded Brooks’ car and arranged for a friend to pick him up instead of making an arrest?

“We tell each officer it’s up to them based on the circumstances going on in that case,” Wigginton said. “I don’t know if APD has a zero-tolerance policy when it comes to drunk drivers.”

During his 18 years as a state trooper, Wigginton made his share of drunk driving arrests. He took over as director of GPSTC in 2014.

He said in this situation the law allowed police to make a DUI arrest on private property. Wigginton said law enforcement takes drunk driving more seriously now than ever.

“I think under the climate we live in today, the number of fatalities we have on the roadways, I think the days of calling someone to be picked up are pretty much over,” he said.

In a FOX 5 I-Team exclusive, the director of the Georgia Public Safety Training Center discusses the three key choices the officers made the night they encountered Rayshard Brooks.

Brooks would go on that night to make a decision of his own, refusing to be taken into custody.

That left the officers with their next decision:

DECISION 2: Both officers decide to chase Brooks even though they had his car and ID.

“If you get into an altercation, our job is to make arrests,” Wigginton explained. “And sometimes that takes using force. Sometimes that takes pursuing people on foot. And the day that you quit doing that to a criminal, every one of them is going to run.”

He said giving chase was consistent with their training. Finally…

DECISION 3: Officer Rolfe shoots Brooks even though he knew the weapon fired back was a non-deadly taser.

Wigginton points to case law and statutes in Georgia that allows an officer to use deadly force “to prevent death or great bodily injury to himself or to prevent the commission of a forcible felony.”

He said the taser is an “incapacitating weapon” that could have left Rolfe vulnerable to “great bodily injury” if he fell and hit his head on the ground or the curb.

But couldn’t the same thing happen if someone threw a baseball, a water balloon or any object at an officer who was giving chase?

“It does give the police some leeway in the decision-making,” he replied.

“It was a justified shooting,” he said.

Wigginton said if you don’t like the training, the first step is to change the law.

Rolfe has not spoken publicly about the shooting.

“You’ve got the George Floyd case where everyone in America saw a murder on TV,” Wigginton explained. “And you will not find a police officer who will look at that video and say that was ok. But they want to take Mr. Brooks case and put it in the same category as that crime that was committed on Mr. Floyd. And they’re not.”

But both incidents will now be part of all training for recruits who still believe this is a career path they want to follow.

So far, Wigginton said all 350 current cadets are still in the program.