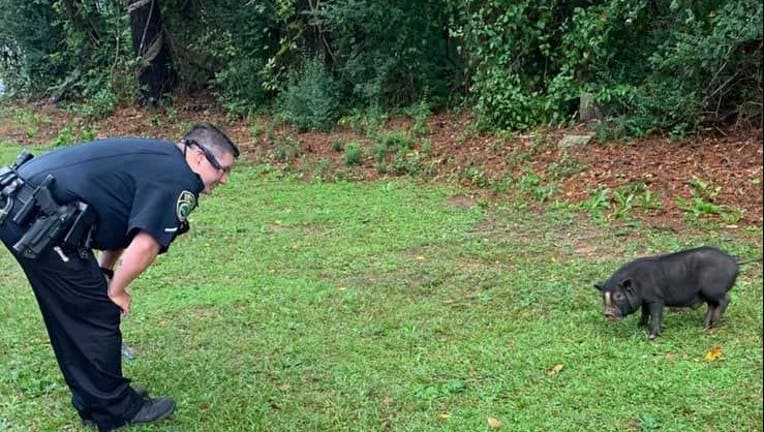 NEWNAN, Ga. - Officers in Newnan are asking the public to help them find and catch a pair of missing pigs Sunday morning.

Officials said in a pun-filled Facebook post that three officers spend the morning on East Broad Street trying to capture the two animals. Unfortunately, every time the officers got close, the pigs fled into the woods.

They believe the pigs are somebody's pets but think the unknown owner has moved away from the area.

Officials described the pigs as very "hamsome" - with one that is black and the other that is "pinkish" white with black spots.

"They’re very quick and nimble, as if they were in the Olympigs or something. Or maybe they do karate where they learned to pork chop," the officers said on Facebook.

Hopefully, someone will be able to get the pigs before they become bacon.