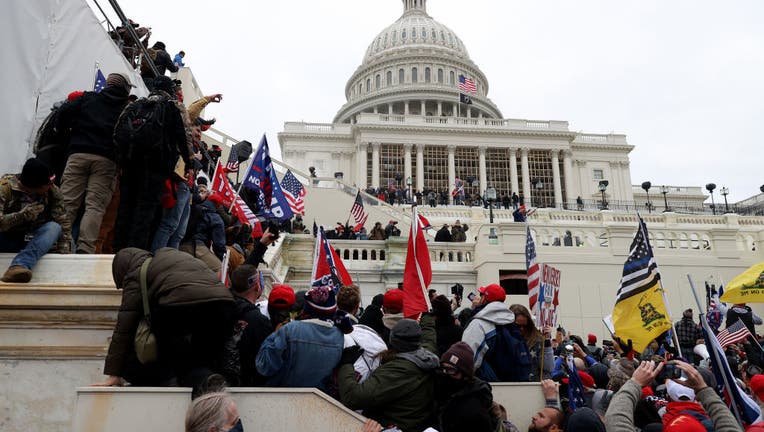 ATLANTA - A man arrested after the riots at the U.S. Capitol had been previously banned from the Buckhead private school he attended due to threatening violence.

According to documents released by the FBI, Meredith sent texts to friends about going to D.C. with  "a s--- ton of 5.56 armor piercing ammo."

"Thinking about heading over to [Pelosi]... speech and putting a bullet in her noggin on Live TV," one text message read, according to the documents.

The day after the riots, the FBI says Meredith texted friends that he was going to run Pelosi over with his vehicle, saying "I predict that within 12 days, many in our country will die."

After searching a trailer that he brought to D.C., FBI agents found multiple guns and hundreds of rounds of ammunition.

The Marietta Daily Journal, a news partner of FOX 5, reported that Meredith graduated from Buckhead's The Lovett School in 1986 and was banned from campus after threatening to harm a guest speaker in 2019.

In a statement to the newspaper, the school said that it had "severed its relationship with this alumnus and banned him from campus in 2019 due to threats of violence."

Meredith had also previously owned a car wash in Acworth, but the new owners told the Marietta Daily Journal that he had sold it to them in 2019 and had no connection to the current business.

Federal investigators say they have opened more than 170 case files after the riots and have charged more than 70 people with more arrests expected in the near future.