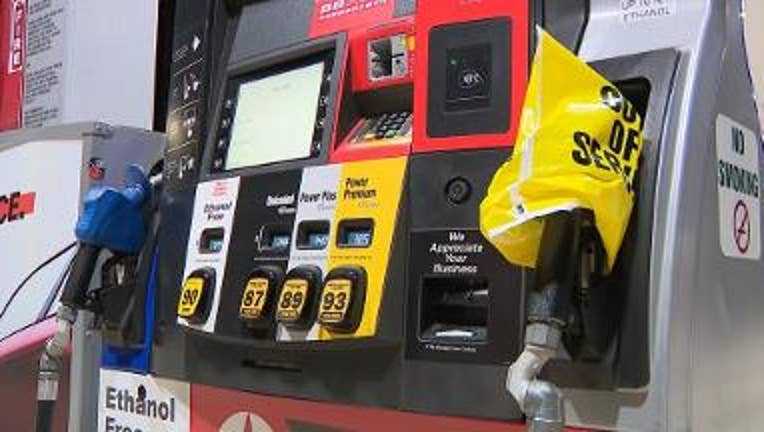 ATLANTA - Georgia gas stations are slowly recovering after the shutdown of the nation’s largest gasoline pipeline earlier in May.

As of Monday night, GasBuddy reports that 39% of Georgia gas stations remain without fuel - an improvement from the 51% of gas stations around the state that did not have fuel Friday night.

Experts predict it will take several more days for the supply chain to return to normal after the Georgia-based Colonial Pipeline restarted on Wednesday.

"Since that time, we have returned the system to normal operations, delivering millions of gallons per hour to the markets we serve," Colonial Pipeline said in a tweet Saturday. Those markets include Texas, Louisiana, Mississippi, Alabama, Tennessee, Georgia, South and North Carolina, Virginia, Maryland, Washington D.C., Delaware, Pennsylvania and New Jersey.

In total, GasBuddy reports over 11,000 gas stations across the country experiencing a fuel shortage.

Gas shortages have been improving since a peak on Thursday night. Energy Secretary Jennifer Granholm said on Friday that the nation is "over the hump" on gas shortages, with about 200 stations returning to service every hour.

MORE: Georgia has received hundreds of complaints of price gouging at the pumps

"It’s still going to work its way through the system over the next few days, but we should be back to normal fairly soon," she said.

The shortage caused a major leap in gas prices. Monday, the price sits at just $3 a gallon. In some of the hardest-hit states, the price of gas per gallon shot up 20 centers in the last week alone.

In total, the average price of a gallon of gasoline increased 63% in the past year.

Multiple sources confirmed to The Associated Press that Colonial Pipeline had paid the criminals who committed the cyberattack a ransom of nearly $5 million in cryptocurrency for the software decryption key required to unscramble their data network.

The ransom — 75 Bitcoin — was paid last Saturday, a day after the criminals locked up Colonial’s corporate network, according to Tom Robinson, co-founder of the cryptocurrency-tracking firm Elliptic. Prior to Robinson’s blog post, two people briefed on the case had confirmed the payment amount to AP.

The pipeline system delivers about 45% of the gasoline consumed on the East Coast.