A coalition of faith leaders from across Georgia have launched a nationwide boycott against The Home Depot over the state's new voting law.

DEKALB COUNTY, Ga. - A coalition of faith leaders representing more than 1,000 churches across Georgia,  gathered outside Home Depot in Decatur Tuesday, to formally launch a nationwide  boycott of the home improvement giant.

Rev. Timothy McDonald, Pastor of First Iconium Baptist Church said, "This is not a sprint brothers and sisters, this is a marathon. We are in this thing for the long haul and Home Depot needs to understand we aint going nowhere."

RELATED: Gov. Kemp pushes back against boycott of The Home Depot

Over the last month, members of the group have held talks  with  corporate leaders around the state to address repercussions of Georgia's controversial new voting law, Senate Bill 202.

The group moved forward with the boycott of Home Depot after the company did not attend a summit meeting between faith leaders and corporate executives from several Georgia-based companies, ignored a series of follow-up requests, and didn't speak publicly on the new law.

RELATED: What does Georgia's new election law do? 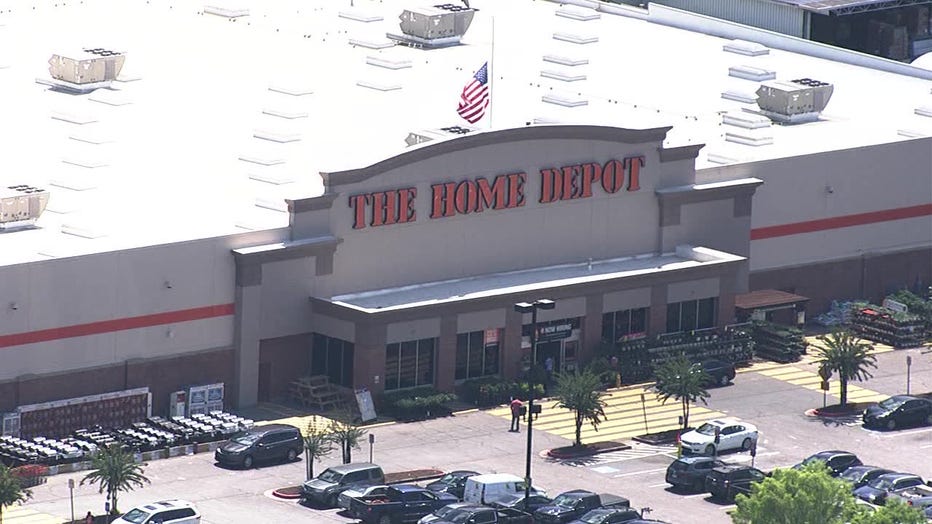 They want Home Depot to speak out against SB202, support litigation oppposing the voting law and to publicly oppose  similar legislation nationwide. They also want the corporation to support federal legislation that would expand voter access.

In a written statement a spokeman with Home Depot stated that the company believes all elections should be accessible, fair and secure, and that the company continues to work to ensure their  associates in Georgia and across the country have the information and resources to vote. They noted that they provide tools and resources for associates to engage directly with their local legislators, and  promoted voter participation in the 2020 election through their internal Get Out The Vote initiative.

Faith leaders say Home Depot should be doing much more.

"Blacks and people of color spend our money and buy the products of these corporations just  like whites", said Rev. Dr. Susan H. Buckson of Atlanta's Allen Temple AME Church,   "and corporations should publicly speak out and opppose legislation that discriminates to suppress our votes."