Some community leaders plan to boycott large companies in Georgia which they say failed to speak out against the election reform law before it was signed into law.

Georgia has been at the center of that storm. Trump zeroed in on his loss in the state, even as two Democrats won election to the U.S. Senate in January, flipping control of the chamber to their party. The 98-page measure that was signed into law Thursday by Republican Gov. Brian Kemp makes numerous changes to how elections will be administered, including a new photo ID requirement for voting absentee by mail.

Republican supporters say the law is needed to restore confidence in Georgia’s elections. Democrats say it will restrict voting access, especially for voters of color. Here’s a look at some of the top issues: 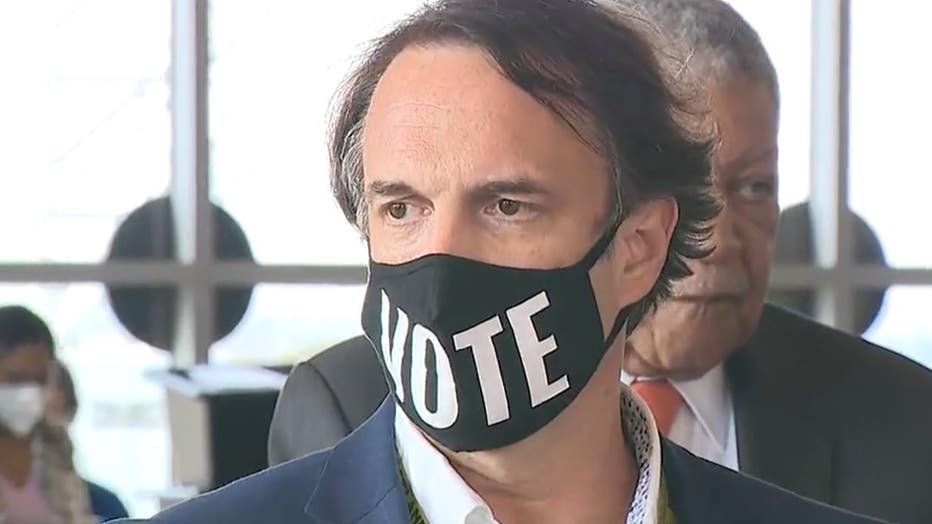 CAN THE STATE TAKE OVER LOCAL ELECTION OFFICES?

Much of the work administering elections in Georgia is handled by the state’s 159 counties. The law gives the State Election Board new powers to intervene in county election offices and to remove and replace local election officials. That has led to concerns that the Republican-controlled state board could exert more influence over the administration of elections, including the certification of county results.

One target for intervention could be Fulton County, a Democratic stronghold that contains most of Atlanta. The heavily populated county has been plagued by problems, including long lines, and it is often singled out by Republican officials. Under the law, the board could intervene in up to four counties at a time and install a temporary superintendent with the ability to hire and fire personnel including elections directors and poll officers. 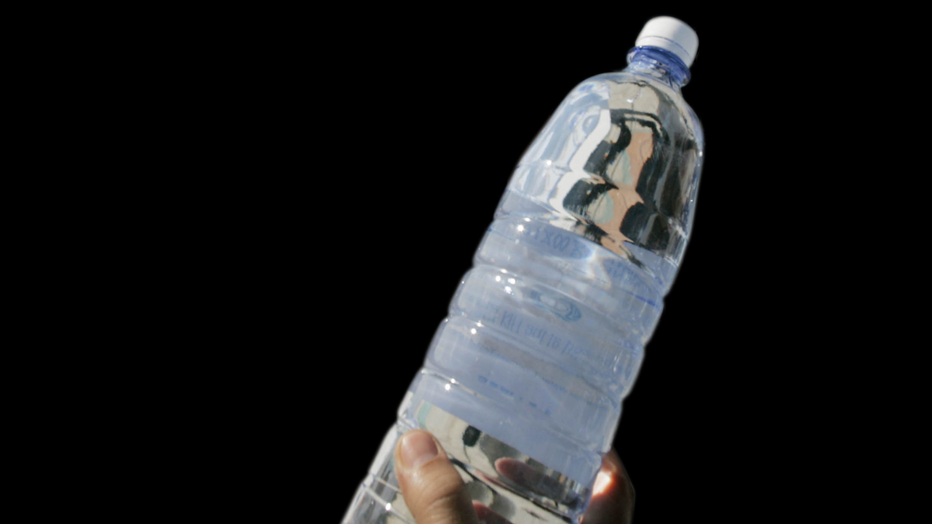 ARE PEOPLE BANNED FROM HANDING OUT SNACKS OR WATER TO VOTERS IN LINE?

The new law makes it a misdemeanor to hand out "any money or gifts, including, but not limited to, food and drink" to anyone standing in line to vote. The prohibition extends 150 feet from a polling place and 25 feet from any person standing in line.

Advocates of the law say they are attempting to crack down on political organizations or advocacy groups trying to influence voters just before they cast a ballot. Critics say it’s cruel and would penalize even nonpartisan groups or individuals for something as simple as giving water to someone waiting in a long line. Democratic state Senate Minority Leader Gloria Butler slammed the proposal Thursday before the bill was signed into law, saying: "They want to make it a crime to bring Grandma some water while she’s waiting in line."

Polling places would be able to, but not required to, set up self-serve water dispensers for voters. 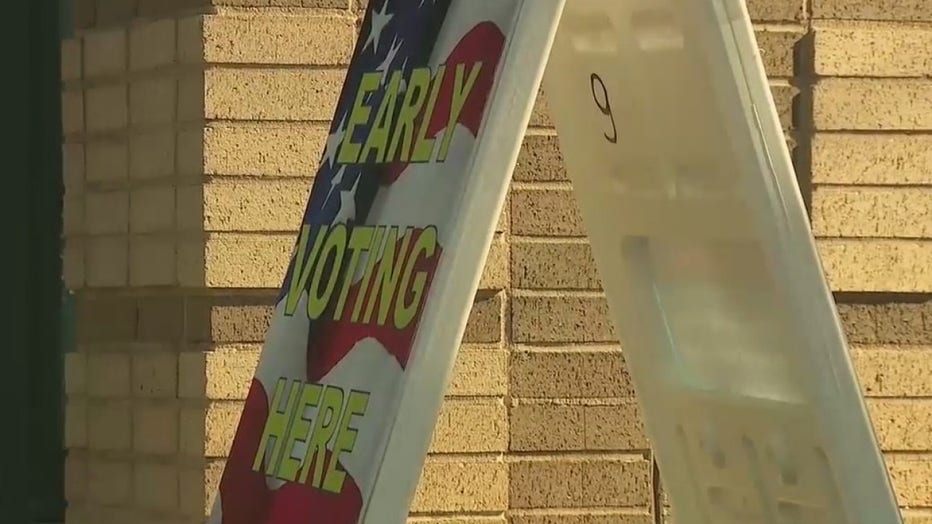 DOES THE BILL ELIMINATE SUNDAY VOTING?

Republicans had proposed at one time to limit early voting on weekends, a time when many Black churches conduct "souls to the polls" efforts to take congregants to vote. But Republicans reversed themselves, and the measure now expands weekend early voting. Previously, one day of weekend voting was required, with counties given the option of offering more. Now two Saturdays will be required, and counties can offer two Sunday voting days as well. Republicans point to this provision to argue they are actually expanding, rather than restricting, voting access.

"Contrary to the hyper-partisan rhetoric you may have heard inside and outside this gold dome, the facts are that this new law will expand voting access in the Peach State," Kemp said Thursday. 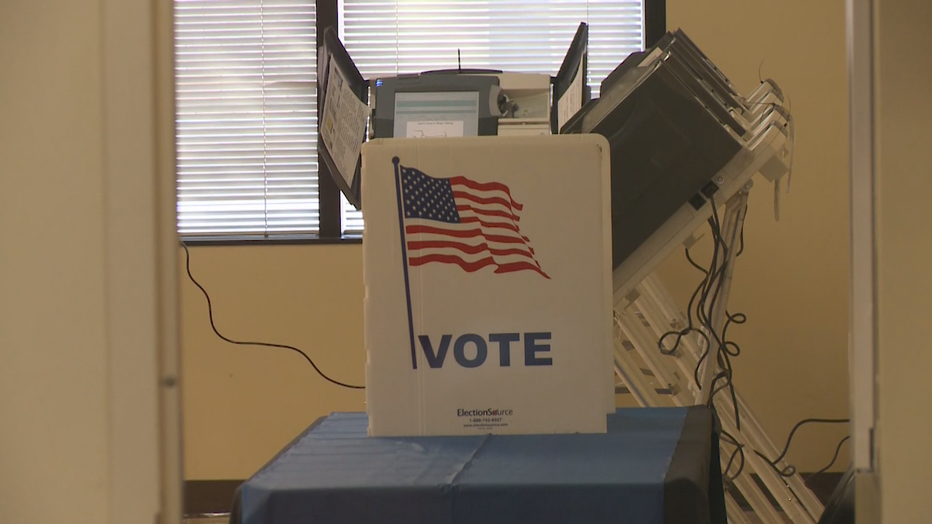 HOW WILL RUNOFFS CHANGE?

Georgia is the only state in the nation that mandates runoff elections between the top two finishers following general elections in which no candidate achieves a majority. Like some other states, Georgia also mandates runoffs for candidates who do not win a majority in a party primary.

The system came under scrutiny from Republicans after Sens. Raphael Warnock and Jon Ossoff won twin runoffs in January.

The new law shortens the time for runoffs from nine weeks to four, with lawmakers saying the current span is "exhausting" and needs to be shortened to a "more manageable period."

Military and overseas voters will use ranked-choice absentee ballots to rank all possible candidates before a primary or general election, allowing their preferences to be determined in any possible runoff. Georgia only had three weeks before runoffs until 2013, when a federal judge ordered a longer gap to give military and overseas voters more time to return ballots.

The shorter period means less time for early and mail voting. Early voting had lasted three weeks before runoffs. Now early voting would begin "as soon as possible" but no later than the second Monday before the election, possibly leaving as little as five weekdays and no weekend days of early voting. Voters would also have less time to apply for a mail ballot.

No new voters could be registered in the period before a runoff because the registration deadline would be the day before the earlier election.

"These unjustified measures will individually and cumulatively operate to impose unconstitutional burdens on the right to vote, to deny or abridge the voting rights of Black Georgians, and to deny Black voters in Georgia an equal opportunity to participate in the electoral process and elect candidates of their choice," says the lawsuit, which is filed against Georgia Secretary of State Brad Raffensperger and Georgia’s State Elections Board.

Opponents are also looking to Congress, which is considering nationwide voting standards. A Democratic-backed measure passed the House earlier this month, but faces opposition from Senate Republicans wary of a federal takeover of state elections.

The federal proposal would create automatic voter registration nationwide, allow former felons to vote, and limit the ways states can remove registered voters from their rolls. It would expand voting by mail, promote early voting and give states money to track absentee ballots.