Atlanta wasn't the only city in Georgia to experience protests over the death of George Floyd.

GEORGIA - Cities across Georgia are preparing for another day of possibly violent protests over the death of George Floyd in Minneapolis.

Police departments around the state took to social media to assure residents that they are remaining vigilant and monitoring reports regarding protests and possible unrest in their areas.

"We have taken note of the criminal activity that has been taking place in so many cities across our country over the past few days," the Cobb County Police Department, Marietta City Police Department, and Smyrna City Police Department said in a joint statement. "For the record, all three of our departments remain strongly opposed to any form of injustice, racism, or brutality. We are deeply concerned and have taken steps to not only protect everyone’s first amendment right to free speech and peaceful protest, but also to protect the life and liberty of our local citizens as well." 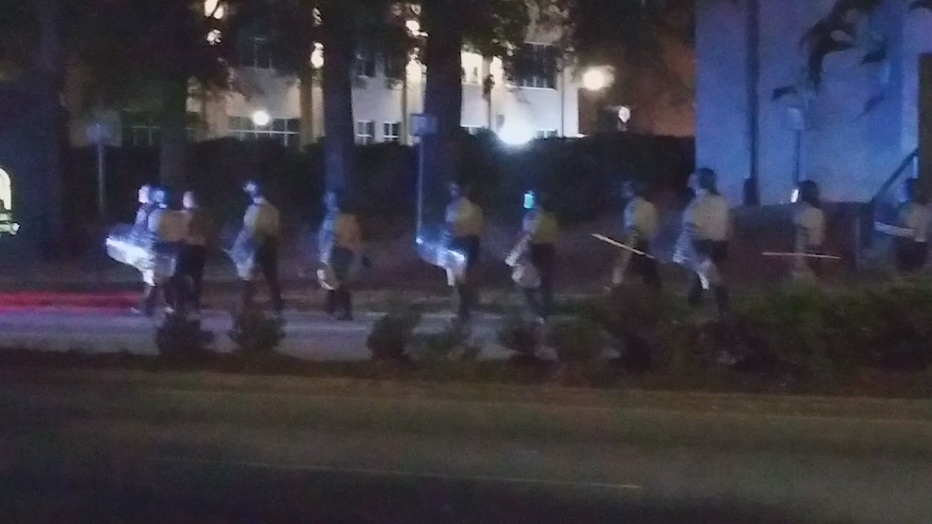 Officers arrested more than a dozen people in Gainesville.

Police say protestors did cause some damage after the sun went down but officers were ready and quickly responded to the locations before anything went out of hand.

In all, Gainesville police say they arrested more than a dozen people.

Multiple malls in the metro Atlanta area saw unrest on Saturday that led to arrests.

Police say the protest was mostly peaceful, however at officials arrested at least four people at the scene and two police cars were damaged. 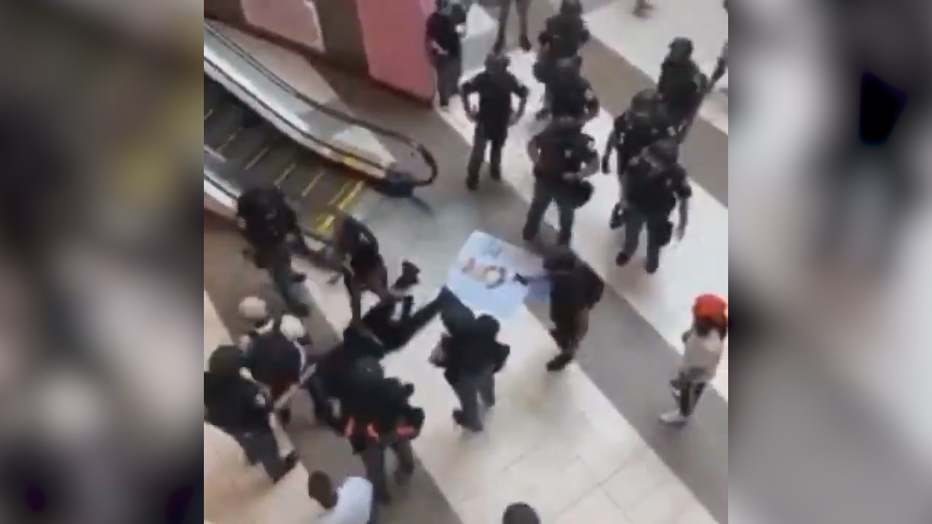 Witnesses say they spotted at least three people being taken away from the Cumberland Mall in handcuffs.

In Cumberland Mall, dozens of officers were seen on camera arresting one person on the ground.

Witnesses say they spotted at least three people being taken away from the mall in handcuffs.

"Everyone that participated were positive and respectful to each other and acted in a manner that we can all be proud of," the police department said on Facebook.

On the other side of the state, the mayor of Savannah held a news conference Saturday ahead of plans circulating online for a protest Sunday.

Mayor Van Johnson said he plans to join the march, but warned that violence would not be tolerated.

Johnson said he understood how the deaths of Floyd and Ahmaud Arbery in nearby Brunswick had sparked outrage — anger that he said has been amplified by the coronavirus pandemic in which people have seen family members die and lost jobs while being cooped up at home.

“It has to be more than just a moment of a protest it has to be the movement of what occurs after the protest," said Johnson. "And so for us, we’ll be creating an opportunity for our community to really have some courageous discussions that our law enforcement officers need to hear.”

He said he has asked the city attorney to be ready to prepare an order instituting a curfew and that he would not hesitate to act.

“Please do not let your behavior betray your purpose,” he said.