BRUNSWICK, Ga. - The Georgia Bureau of Investigation said it has been asked to help a special prosecutor investigate the death of a south Georgia jogger. The national spotlight has been shown on the case that has not seen any arrests after a cellphone video surfaced reportedly showing the shooting death.

Ahmaud Arbery, 25, was killed on Feb. 23 along Satilla Drive near Holmes Drive in Glynn County, according to a police report obtained by FOX 5 Atlanta. His family said he was out for a Sunday afternoon jog.

No arrests have been made or charges filed in coastal Glynn County more than two months after the killing. An outside prosecutor placed in charge of the case said he wants a grand jury to decide whether criminal charges are warranted. That won’t happen until at least mid-June, since Georgia courts remain largely closed because of the coronavirus.

Attorneys for Arbery’s family said the father and son, who have acknowledged in a police report grabbing guns and pursuing Arbery in a truck after seeing him running in their neighborhood, should be arrested now before a grand jury decides whether to indict them — as often happens in criminal cases. 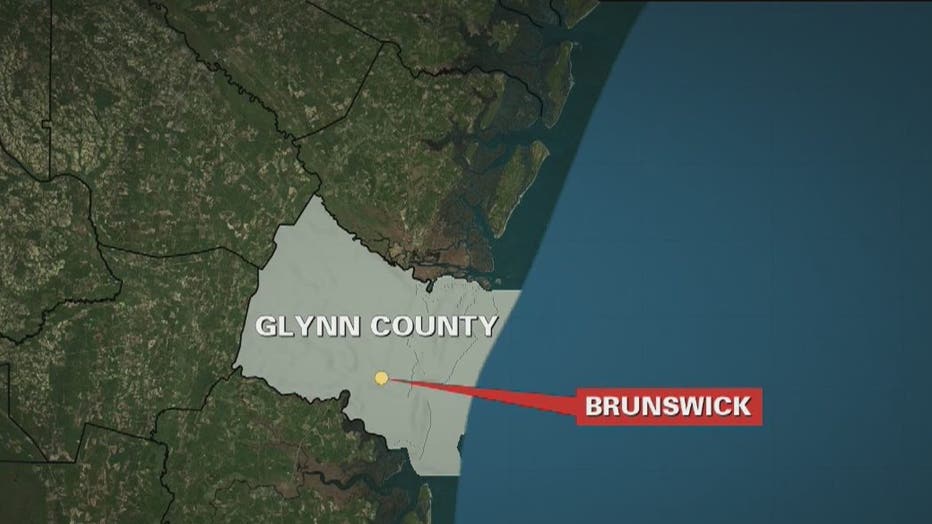 According to an incident report filed by Glynn County police, Arbery was shot after two men spotted him running in their neighborhood on a Sunday afternoon. Gregory McMichael told police that he and his adult son thought the runner matched the description of someone caught on a security camera committing a recent break-in in the neighborhood. They armed themselves with guns before getting in a truck to pursue him.

The father said his son, Travis McMichael, got out of the truck holding a shotgun, and Arbery “began to violently attack.” He said Arbery was shot as the two men fought over the shotgun, according to the police report.

After Arbery was shot, the police report says, Gregory McMichael turned him onto his back to see if he was armed. The report doesn’t say whether he had a weapon.

The Associated Press reported a phone number listed for Gregory McMichael has been disconnected and could not immediately find a phone listing for Travis McMichael.

The cellphone video, initially posted by a Brunswick radio station, shows a black man running at a jogging pace on the left side of a road. A truck is parked in the road ahead of him. One man is inside the pickup’s bed, and another is standing beside the open driver’s side door.

The runner crosses the road to pass the pickup on the passenger side, then crosses back in front of the truck. A gunshot sounds, and the video shows the runner grappling with a man in the street over what appears to be a shotgun or rifle. A second shot can be heard, and the runner can be seen punching the man. A third shot is fired at point-blank range. The runner staggers a few feet and falls face down.

The GBI is now investigating the shooting after Durden requested the agency’s help.

"The GBI can only become involved in a matter when asked by the local authorities," says GBI Director Vic Reynolds. "We've now assigned this case to three of our supervisory-level agents."

The state agency said it will be conducting a "thorough and fair" investigation of the incident. It released the following timeline of its involvement in the case:

"On May 5th, 2020, District Attorney Tom Durden formally requested the GBI investigate the death of Ahmaud Arbery.  The Kingsland Office initiated an investigation on May 6th, 2020.

"On April 29th, 2020, the Glynn County Police Department (GCPD) requested that the GBI investigate allegations of threats against GCPD and individuals involved in the active investigation.

"On the morning of May 5th, 2020, GCPD requested the GBI investigate the public release of video related to Arbery’s death."

Tom Durden, the district attorney appointed to oversee the case, declined to comment Tuesday when asked if the video depicts Arbery’s shooting. A phone message was left for him Wednesday. 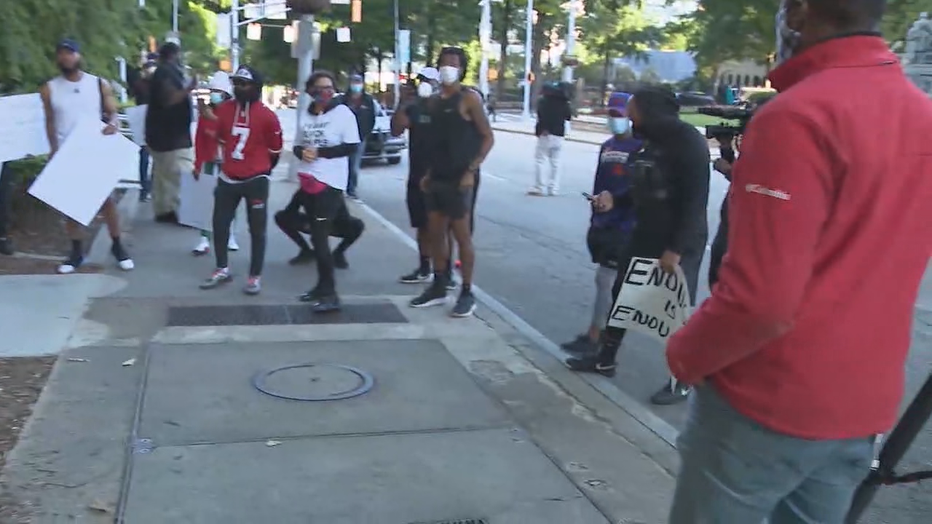 Protesters gathered in downtown Atlanta calling for justice in the death of 25-year-old Ahmaud Arbery on May, 6, 2020. (FOX 5)

Georgia law says a person can kill in self-defense “only if he or she reasonably believes that such force is necessary to prevent death or great bodily injury ... or to prevent the commission of a forcible felony.” The law also says a person who provokes an attack or acts as “the aggressor” can’t claim self-defense.

Jackie Johnson, the district attorney for Glynn County, recused herself from the case because Gregory McMichael worked as an investigator in her office. He retired a year ago. George Barnhill, the first outside prosecutor on the case, stepped aside in mid-April at the urging of Arbery’s family. Barnhill has a son who works as an assistant prosecutor for Johnson.