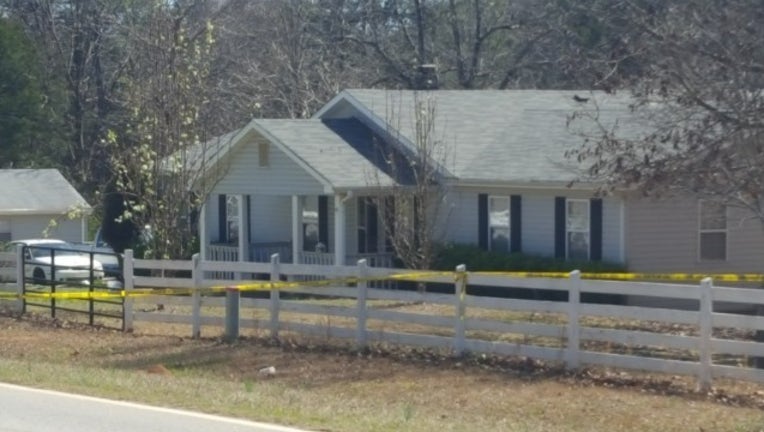 BUTT COUNTY, Ga. - The Georgia Bureau of Investigation is looking into the death of a man who died during the execution of a search warrant in Butts County. The search turned into an altercation the home, according to agents.

The Georgia Bureau of Investigation confirmed Douglas Roger Tanner, 53, died in Sylvan Grove Hospital after being shocked by a stun gun used by police.

WATCH: Listen to what investigators have to say about the incident

'The GBI was asked to help in a 'use of excessive force investigation' around 6 a.m.," Special Agent Joe Wooten said.

Butts County deputies received a drug-related search warrant for Tanner's home on Keys Ferry Road and went to the residence around 5 a.m. Friday.

In a statement, Sheriff Gary Long said while inside the home, police got into a physical altercation with Tanner and used a Taser on him.

"Tanner showed signs of physical distress, so he was rushed to the hospital where he was later pronounced dead," Wooten said.

Crime scene investigators were seen canvassing the area well into Friday afternoon as the GBI interviews all the deputies involved in the incident.

FOX 5 asked Agent Wooten if Tanner was a resident at the home and how many times he was shocked.

"We have nothing further at this time," Wooten said.

No police were injured during the fight and Tanner was taken to Wellstar Sylvan Grove Hospital in Jackson, where he was pronounced dead.

GBI agents worked into the early evening hours collecting evidence at the scene.

NEXT ARTICLE: Postal worker arrested on mail route for DUI, possession of cocaine