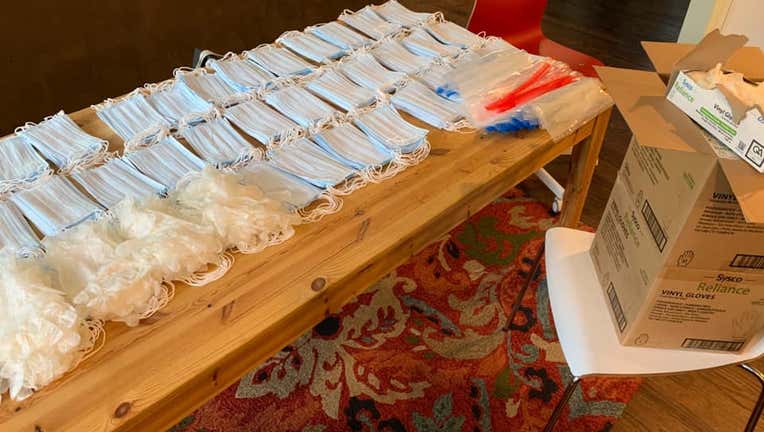 GAINESVILLE, Ga. - While COVID-19 forced many businesses to close, the poultry plant industry remained intact -- perhaps at the expense of some plant workers’ lives.

One Gainesville woman’s mother tested positive the same day her coworker died. They both worked at the same plant.

Here is how she’s turning this tough time into an opportunity to help others.

“I just don’t want more folks to call and tell me that they lost their dad. My best friend from high school passed away,” said Maria del Rosario Palacios.

Thursday was a long day for her. She woke up at 3 a.m. to coordinate with volunteers who distributed masks and gloves to poultry plant workers in Gainesville.

Poultry workers and the pandemic

Poultry workers continue to work through the coronavirus pandemic.

That is until she tested positive for COVID-19 after coming into contact with infected coworkers.

“The young man who exposed her passed away the same day she got tested. It’s been really hard on her. His passing and the passing of another coworker who was a friend of hers just weeks before that plus her own health, so she’s been going through a really tough time right now,” del Rosario Palacios said.

Gainesville is a part of Hall County, which has the fifth-highest number of COVID-19 cases in Georgia. The city also has more than a dozen poultry plants, which employs thousands of workers in total.

And a large majority of the workers are Hispanic, who she says often do not have health insurance.

“There are still folks who are working side by side, a foot and a half apart. They used to be elbow apart. When I was working on poultry plants, I remember how folks worked elbow to elbow," she said.

“There are no safeguards in place. There are not protocols. In my humble opinion, there’s not enough consideration for the workers and their family and their health.”

So, she took matters into her own hands. Del Rosario Palacios organized an effort called “Gainesville Familias Unidas” -- or Gainesville United Families.

In just a few days, she and other local organizers collected 3,000 masks and gloves and raised $3,300. 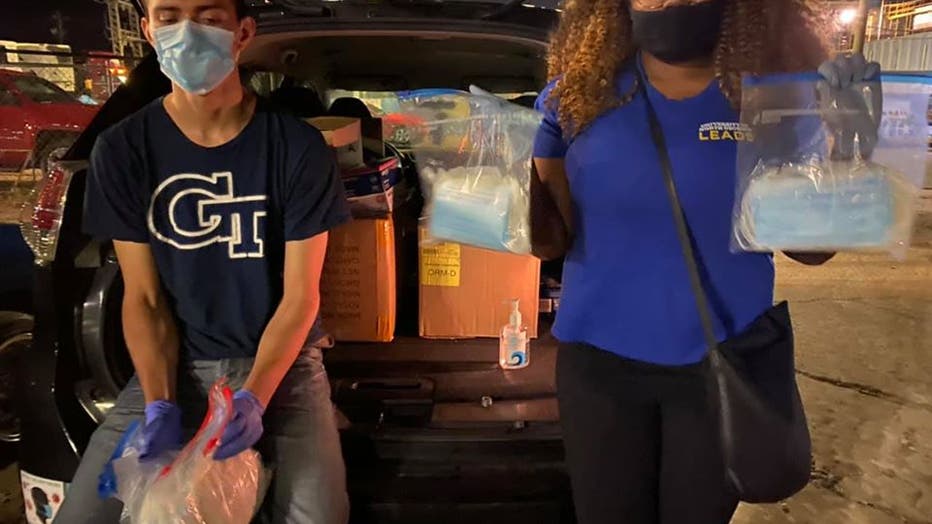 The funds they have raised will offer funeral assistance and grants to families in the poultry plant industry who have been affected by COVID-19.

“Production levels are not going to matter when you have a population that is so sick and dying,” she said.

We reached out to the plant that del Rosario Palacios' mother works at. A spokesperson said some of the preventive measures in place include screening and temperature testing, providing personal protective equipment, and increasing distance between workers.

"We are doing everything we can to provide a safe working environment for our team members who are producing food for the country during these unprecedented times," he said.

The spokesperson did not disclose how many workers have tested positive for COVID-19 or how many have died at the Gainesville location.

Anyone interested in helping Gainesville Familias Unidas can go to the GoFundMe page or email familiasunidas.ga@gmail.com.