"He was still that determined John Lewis that was a man of faith," the Civil Rights Leader expressed.

FULL COVERAGE OF THE LIFE AND LEGACY OF REP. JOHN LEWIS

"Even in his weakens, you saw a deep sense of resolve and courage on his face," the Reverend explained.

That resolve and courage made Rep. Lewis a pivotal figure in the Civil Rights Movement, seeking justice and equality for the underrepresented. 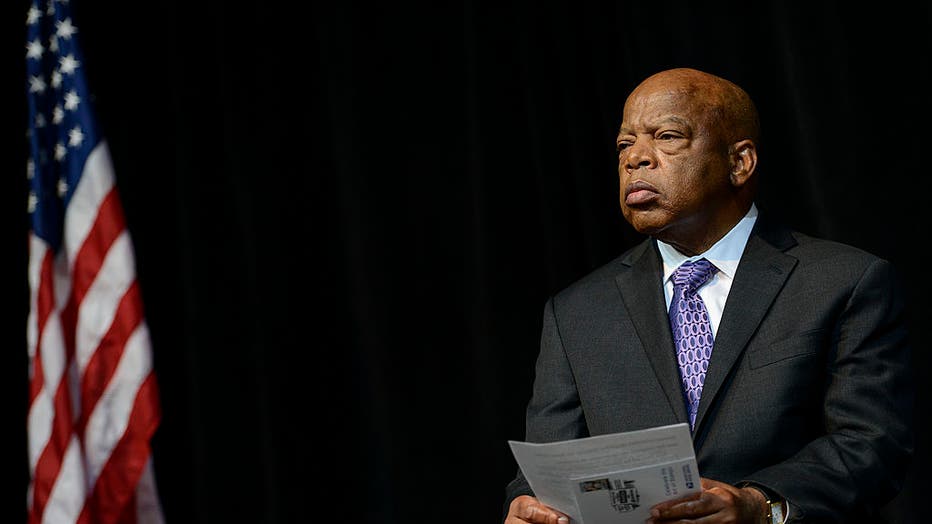 Ambassador Young stood with the congressman in the fight for change.

"He knew from the time that he started at 15 that any day could be his last. He lived like he didn't want to waste a single day," Young said.

At the foot of his towering mural in the Sweet Auburn District sits a growing memorial of balloons, flowers and cards. 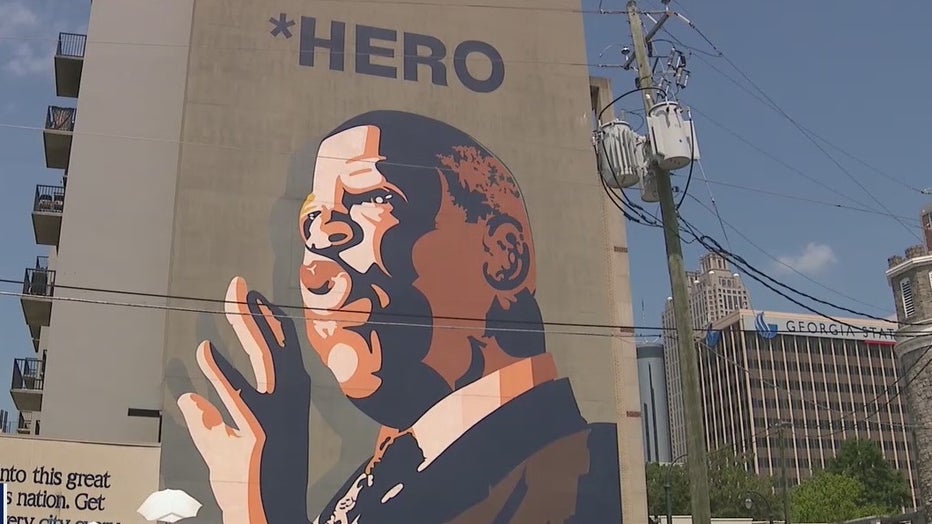 One card just reads "thank you."

"We lost an icon," Malcolm Vasham, who visited with his wife, told us. "He wasn't just for Black people's rights. He was for civil rights for everybody in the United States." 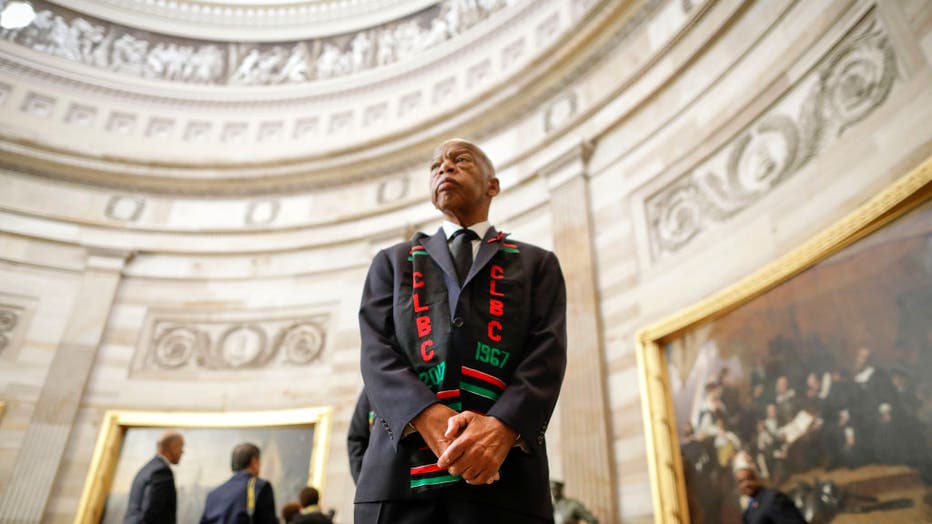 Rep. John Lewis and other members of the Congressional Black Caucus wait to enter as a group to attend the memorial services of U.S. Rep. Elijah Cummings. (Pablo Martinez Monsivais-Pool/Getty Images)

Civil rights that friends said he championed for even more once he took public office.

"I guess he campaigned for half of the members of the House of Representatives. That's where his power in Congress came from. He converted a lot of people to being more sensitive to human and civil rights and got a lot of votes," Young detailed.

Though Lewis is gone in the physical, Ambassador Young said the success of movements like Black Lives Matter proves things will be alright.

"I think he decided, and I agree, that the future is in very good hands and he had done his part and he was ready to take his rest," Young said.