TAMPA, Fla. - The fallout from the unprecedented siege at the U.S. Capitol on January 6, 2021, is still happening nine months later.

Federal prosecutors say Tampa resident Jeremy Brown breached the Capitol building that day. The former Army Green Beret and one-time candidate for Congress was arrested on September 30 and is now behind bars.

A series of photos taken from surveillance video shows Brown ready for battle in full tactical gear and court documents released in the case show Brown emailed others he planned to travel with to Washington, D.C. and urged them to prepare with weapons and be ready to go.

He later told FBI agents, they got all wrong. He said he was providing security for VIPs at the 'Stop the Steal" rally. However, prosecutors say the evidence shows something else.
During a search at his Tampa home, investigators found several unregistered high-powered weapons. 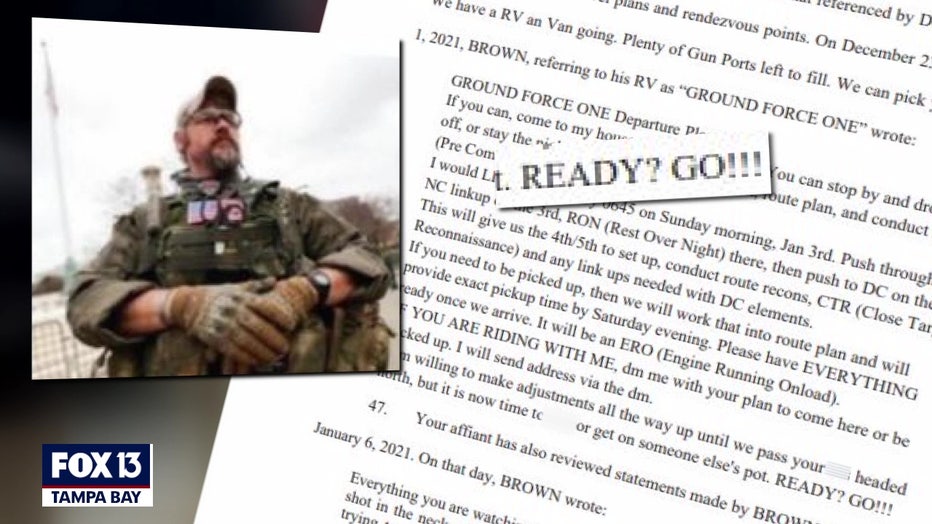 Brown was arrested and has been charged with unlawfully entering a restricted building, disorderly conduct, and disrupting government business. He is now linked to the biggest federal prosecution in U.S. history involving over 500 criminal defendants. 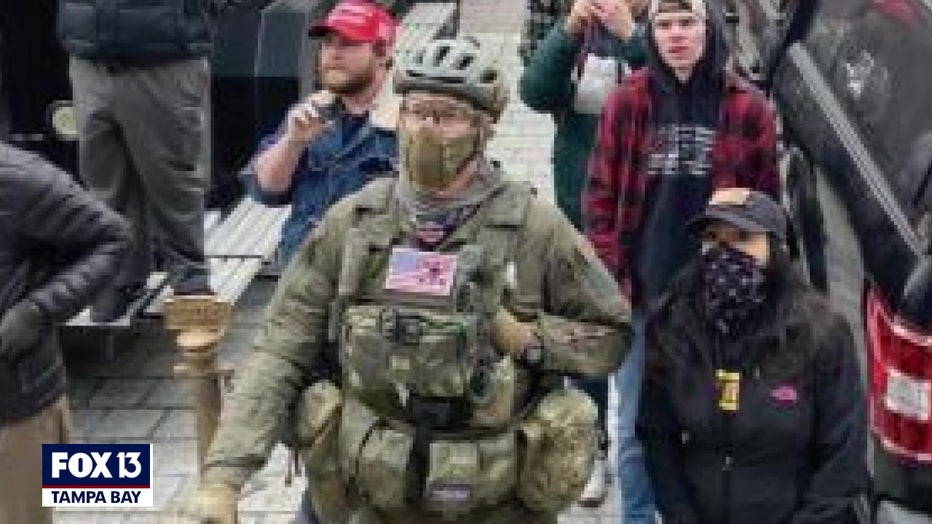 On Tuesday, a DC judge denied bond for Brown and for now will remain behind bars until his case is resolved.