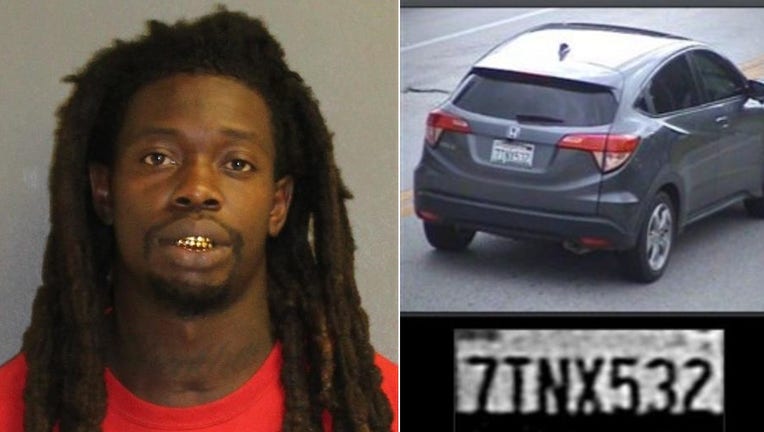 Officers say Othal Wallace is armed and dangerous and could be driving in the metro Atlanta area. (Daytona Police Department)

ATLANTA - Atlanta police are on the lookout for an "armed and dangerous" suspect accused of shooting a Florida police officer in the head.

Officials say a $100,000 reward is available for anyone who can help them find and arrest 29-year-old Othal Wallace, who police say shot the officer while he was investigating a "suspicious incident" in Daytona Beach.

"After several minutes passed, the officer stopped responding to other units calling him on the radio.  Officers responded to his location where he was found lying on the ground suffering from a gunshot wound," the Daytona Beach Police Department wrote on Twitter.

The officer, whose identity has not been released, was transported to a nearby hospital. Volusia County Sheriff Mike Chitwood told FOX 35 the officer's condition was "really bad." After undergoing surgery early Thursday morning, the officer remains at the hospital in critical condition.

The agency also released body camera video worn by the victim showing the officer talking to a man they identify as Wallace shortly before the shooting.

Atlanta police have confirmed with FOX 5 that law enforcement in the metro Atlanta area has been advised to be on the lookout for Wallace.

According to investigators, his vehicle was last "pinged" in an area around Stockbridge, Georgia.

If you have any information that could help investigators find Wallace, please call 911 immediately.