As firefighters worked to extinguish the flames, one of them fell from the second to the first floor.

DECATUR, Ga - DeKalb County firefighters saved one of their own after he fell through the floor while trying to put out an overnight hotel fire.

Firefighters responded to the Oyo Hotel near the Wesley Chapel Road and Interstate 20 exit around midnight Monday morning.  They found smoke pouring out of the three-story building.

As firefighters worked to extinguish the flames, one of them fell from the second to the first floor. A standby team of firefighters then rushed in to save him.  Luckily he wasn't injured. In fact, the Battalion Chief says the firefighter managed to finish out his shift and even continue to help put out the fire. 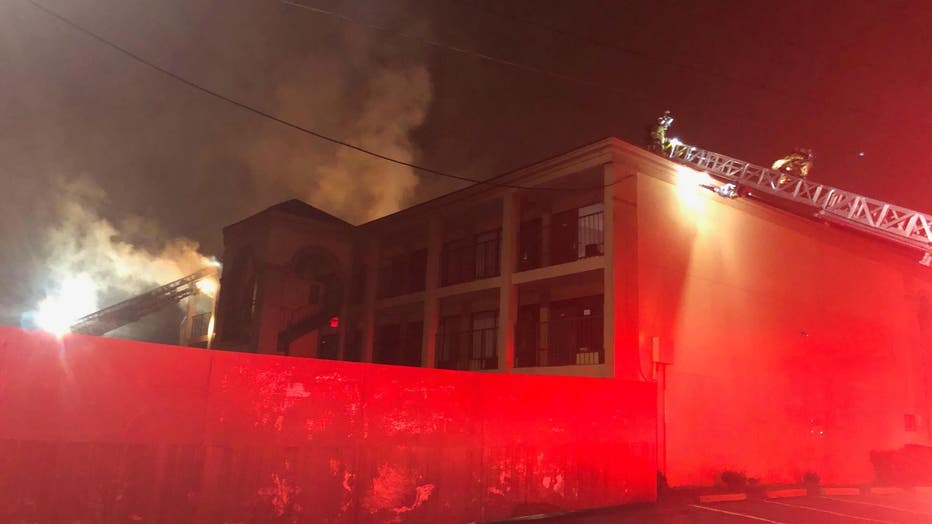 Smoke pours out of the hotel where a firefighter was rescued

A total of 40 people staying at the hotel were displaced. The Red Cross is assisting them.

Fire investigators think the cause of the blaze was electrical-related.