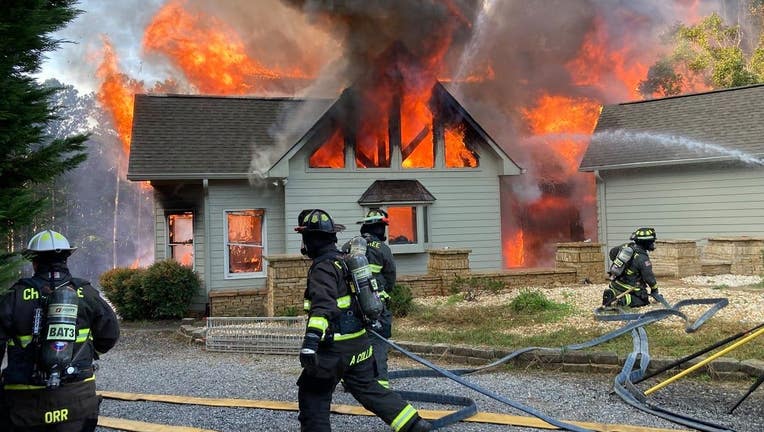 Officials say they received a 911 call reporting a home fire on the 200 block of Sutallee Ridge Trail just before 8 a.m.

According to Cherokee County Fire and Emergency Services, the caller said they saw smoke and flames and that they believed the homeowner was at work.

When crews arrived at the scene, they found a home half in flames with a partial collapse of the second floor.

After more than an hour battling the quickly-spreading blaze, crews were able to bring the fire under control.

The home was completely destroyed by the fire.

The cause of the blaze is under investigation.