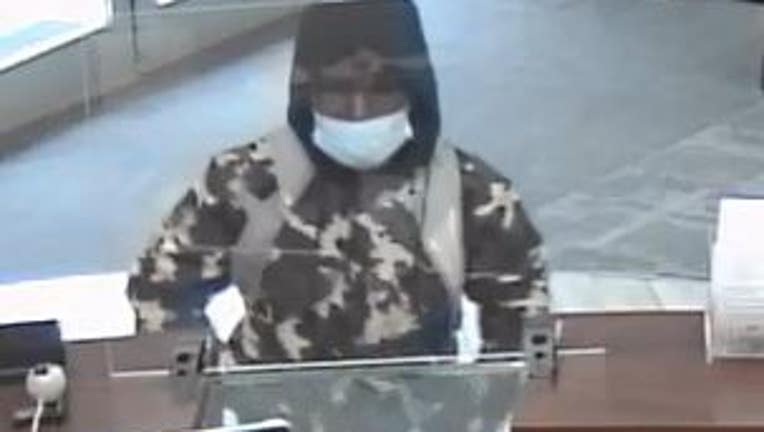 DECATUR, Ga. - The FBI is asking for help identifying an "armed and dangerous" man who robbed a Decatur credit union last week.

Officials tell FOX 5 that around noon on Thursday, Sept. 24, the suspect entered the Peach State Federal Credit Union on the 2,800 block of North Decatur Road.

The suspect pulled a handgun and ordered the teller to give him money, saying that "this is a robbery," officials say. At one point, the suspect lept onto the counter while pointing the gun at employees before grabbing money.

After taking the cash, the man drove off in a silver Nissan Versa with tinted windows and no tag. 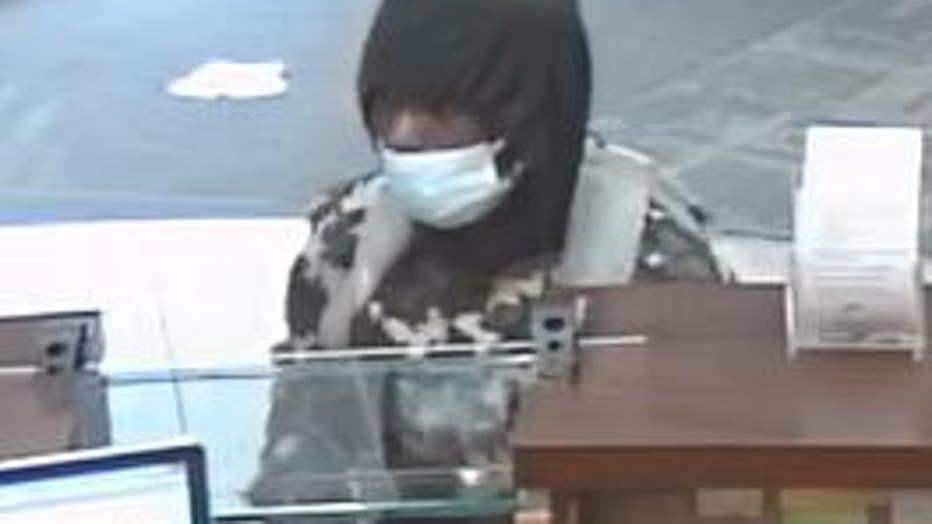 The FBI describes the suspect as a Black man in his 30's. He was wearing a black hoodie, camouflage jacket, dark jeans, gloves, and a surgical mask. He was also carrying a silver backpack with white stripes.

Officials say you should consider the man armed and dangerous.

If you have any information that could help lead to an arrest, call Crime Stoppers Atlanta at 404-577-TIPS (8477).