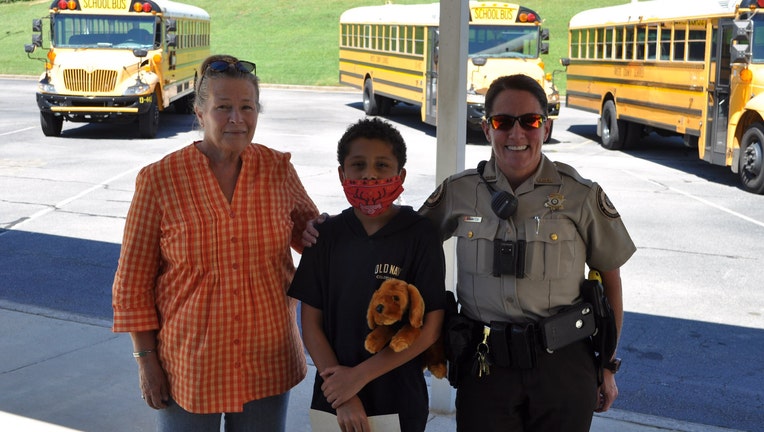 According to the sheriff's office, the bus absorbed new students and new routes that morning.

Carter tried to calm down his noisy peers and used his familiarity with the nearby bus stops to help Ms. Corcoran navigate.

The sheriff's office said some of Carter's classmates "gave him a hard time" for helping his bus driver.

"Carter showed true leadership, confidence, and genuine concern for his driver," a Facebook post from the sheriff's office said. "Ms. Corcoran and we did not want this young man’s efforts to go unnoticed. Awesome job Carter!"

School bus driver shortages are not new in Georgia, but the problem has escalated during the pandemic.

The lack of drivers is affecting metro Atlanta traffic and putting pressure on school districts, such as DeKalb County Public Schools, to be proactive.