The victim's family is searching for answers after the 39-year-old man was killed after a stray bullet went through his window.

ATLANTA - A 39-year-old father of two is dead. The victim, according to investigators, of a drive-by shooting. Atlanta police found him inside his car last weekend on Cascade Avenue.

Loved ones said Omar Whatley was struck in the head by a stray bullet that went through his back window. Family and friends have now set up a memorial in the area to recognize a man they say was the victim of an unprovoked murder.

"We're not taking it so easy," Whatley's brother Marcus Richards explained.  "My mom just wants to figure out who done this to my brother."

A brother, son and father whose loved ones believe was simply in the wrong place at the wrong time late Saturday night.

"Emotionally, she's not doing okay. She can't believe it either because that's her baby son and she wasn't expecting to lose him this early."

It was just after 11 p.m. when Atlanta police got an emergency call to a plaza on Cascade Avenue. It's right near Rogers Avenue in southwest Atlanta.

"When he arrived at the Auto Zone, there was cars in the way and when they was coming in, there was a shooting and he got struck by a bullet," Richards described.

Inside a parked car, police found the 39-year-old with a gunshot wound to his head. 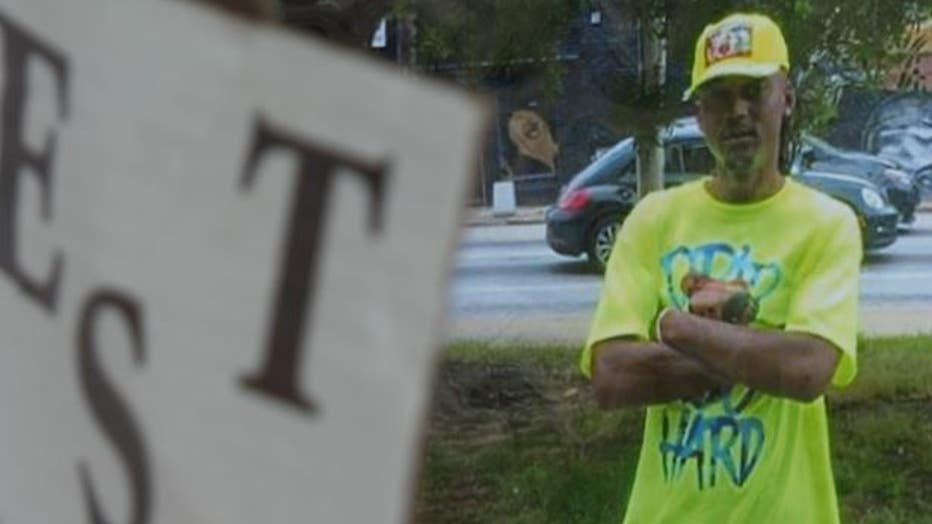 According to police, he was likely the victim of a drive-by shooting. The father of two died later died at Grady Hospital.

"We need to stop the violence. Put the guns up," Richards told Reporter Brian Hill.

The family believes Whatley was not the target.

On Thursday night, family and friends put together a memorial full of flowers, balloons, candles, and messages to Whatley as they try to understand how this happened, and wait for the killer to held accountable.

"He loved fishing and he loved to work. I just want to know the person that did it," Richards said.

The family has set up a fundraiser to help raise money for Whatley's funeral.