Vincent Truitt was killed on July 13 when police attempted to stop him in an allegedly stolen vehicle, according to the GBI.

COBB COUNTY, Ga. - A Cobb County family continues to demand justice after their 17-year-old was shot and killed this summer by a Cobb County police officer.

The family has taken their concerns to the GBI, the Cobb County District Attorney's Office, and now county commissioners.

One by one, family, friends and loved ones of Vincent Truitt spoke to Cobb County commissioners Tuesday night. It has been more than 100 days since the 17-year-old was shot by a Cobb County police officer. The family is not letting up on the demand to see the body camera video.

"The facts as we know them right now are Vincent was shot in the back twice. I don't really know how you can justify shooting someone in the back twice," said Gerald Griggs, Attorney for Truitt's family. 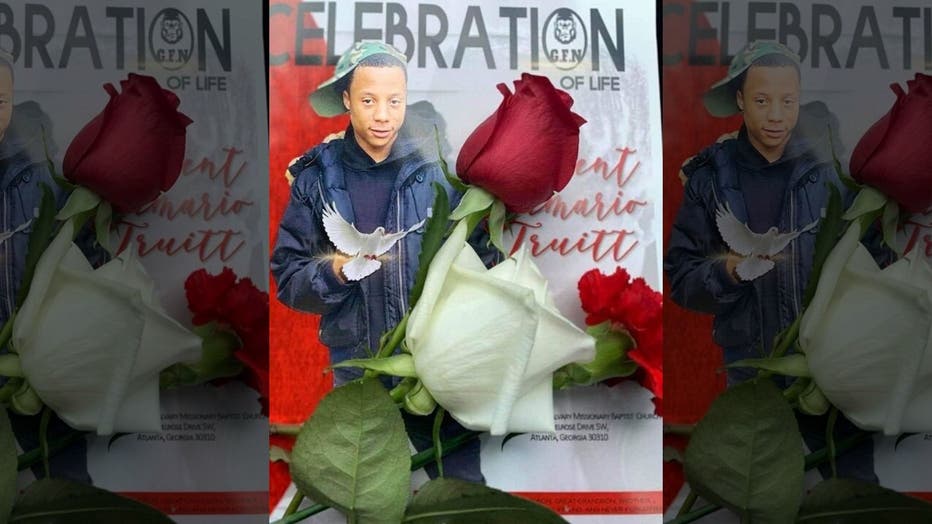 Vincent Truitt, 17, was shot and killed by a police officer in Cobb County (Gerald Griggs).

The investigation is in the hands of the GBI. According to the agency, Truitt and two other teens lead police on a chase in a stolen vehicle back in July. The GBI says the chase ended in a parking lot where authorities say Truitt brandished a handgun.

"We don't know anything about a gun. We've been told three different stories, and that's why it's so important that the video be released," said Griggs.

Griggs says he doesn't have much information about the gun. Since Truitt was 17-years-old at the time of the shooting, there are questions surrounding why he had a gun.

"If he's under 18, it would be a misdemeanor to possess a pistol. That is concerning, but in Georgia, none of those offenses carries the death penalty on the side of the road," said Griggs.

The Cobb County District Attorney's Office says once the investigation is complete, they will allow the family to see the video.

"The District Attorney has indicated that as soon as she has the file, she plans on presenting it to a grand jury, so we fully expect charges to be filed," said Griggs.

The GBI is expected to release the findings within the next few days.