Attorneys say the defendants named in the lawsuit were negligent in regards to the elevator that malfunctioned and killed JauMarcus McFarland in August.

ATLANTA - The family of an 18-year-old crushed to death claims negligence caused the fatal accident.

The football player died in August after the elevator he was on malfunctioned.

His mother has now filed a wrongful death lawsuit against several people including the property owners and his school.

Attorney's for JauMarcus McFarland's family said the defendants either knew or should have known of the dangerous conditions with the elevator involved in his death.

The defendants said they either were not working at the complex when this tragedy happened, or they have no comment on the lawsuit.

"We believe JauMarcus's death and this accident was foreseeable and avoidable," Attorney Sam Starks explained.

On August 31, the 18-year-old died when the elevator he and other Champion Prep Academy football players were on got stuck. This was at 444 Highland Apartments' in northeast Atlanta.

The elevator had stopped at the third floor, but when McFarland tried to get out, it fell, trapping and crushing him for almost an hour.

"This case really starts with the academy. It's the academy that kind of sets in motion the events that led to JauMarcus's death," Starks detailed. 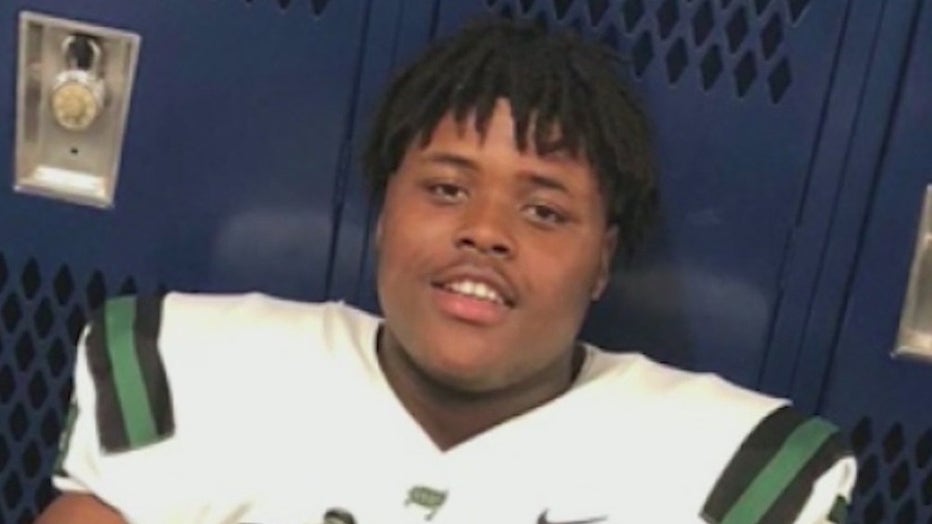 "They failed to adequately inspect the property, to adequately warn JauMarcus's and his family about how unsafe this place was," Attorney Shean Williams explained. "It failed to make sure it held the owners and managers Accountable."

The other defendants listed in the lawsuit are the property’s owners, managers, and service companies who worked on the building's elevators in the past.

"The family has been through a lot but not only because of the death of JauMarus but also everything thing that they've had to deal with that have stemmed from his death," Williams detained.

During their investigation, attorneys for the family said they uncovered a years-long history of the defendants failing to correct, repair, and maintain Several aspects of the building including the elevators.

"Our position is that had these elevator companies done reasonable workmanlike repairs and maintenance to these elevators, they would have detected and repaired this elevator," Starks detailed.

The state insurance commissioner's office previously told FOX 5 that the building's elevator was a year past due for an inspection.

However, the building's property manager claims the elevator passed similar annual inspections, and it was not due for another five-year inspection until 2024.

The family also filed a second lawsuit against the academy.

The suit claims the school hasn't turned over the money it raised to help pay for the teen's funeral.

FOX 5 reached out to the lawyers for the academy but haven't heard back just yet.

McFarland’s family is still calling for a criminal investigation into his death.