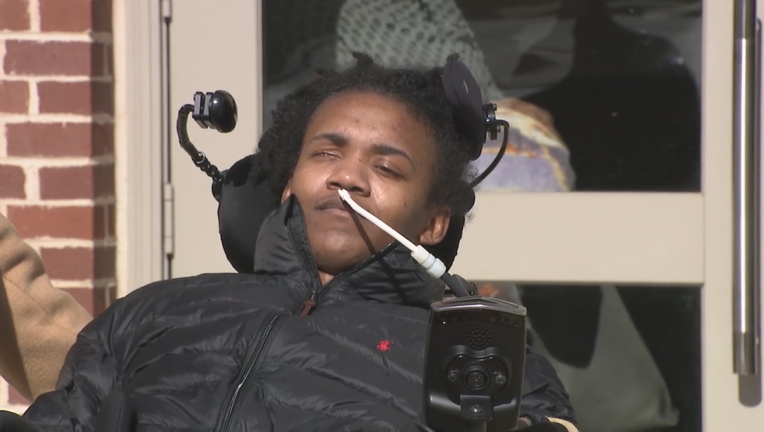 MCCONOUGH, Ga. - The family of a McDonough man paralyzed after being shot with a Taser by police says that they are suing the former officer and city for his injuries.

Jaylin Hughes, 20, broke his neck and is now a quadriplegic after running from police on June 12, 2019.

According to officials, then-19-year-old Hughes was sitting in a car with three friends when someone called McDonough police to complain of a suspicious car and possible marijuana in the area. Once police arrived, the young men scattered.

Lt. Douglas Miller, formerly of the City of McDonough Police Department, used a Taser on Hughes as the teen was attempting to climb the top of a fence. Hughes fell backward, breaking his neck.

After spending several weeks at The Shepherd Center, Hughes was diagnosed with quadriplegia. Police charged him with possession of marijuana.

Tuesday, the Hughes family announced that they are filing a lawsuit against Miller and the City of McDonough, calling the use of the Taser "excessive force" and said they would be releasing video footage that showed what happened immediately after using the Taser.

"This case represents yet another outrageous abuse of authority by the police that ends with tragic consequences," Attorney Harold Spence said.

"The video of Jaylin is a harsh reminder that one year ago his life was changed forever because of the officer's reckless disregard for his safety.  It is heartbreaking but the world should know what happens to those who survive these brutal encounters with police," Attorney Mawuli Mel Davis said.

Hughes' marijuana possession charge was bounded over to state court earlier this year after a judge said he wanted a fresh set of eyes to take a look at the case.