The victim's family told FOX 5 they are hoping for justice as they mourn the father of 6 children.

DEKALB COUNTY, Ga. - DeKalb County police are still searching for answers after a double shooting that killed a father of 6 and injured a 15-year-old boy.

The shooting happened at an apartment complex on Fairington Ridge on Easter Sunday.

The days are hard and the nights are a little longer for Marsha Johnson but she’s surrounded by love and support after her husband, Othneil Johnson, was shot and killed Easter Sunday.

Othneil was hit and killed while helping fix a friend's car at the apartment complex.

"They took a good man and a good amazing father away from his children," Marsha Johnson said, "He got up at 8:30 and I was like why are you going to help this man and he said he had to go help the man because he needed the car for Monday. He promised he would be back in time to go to church." 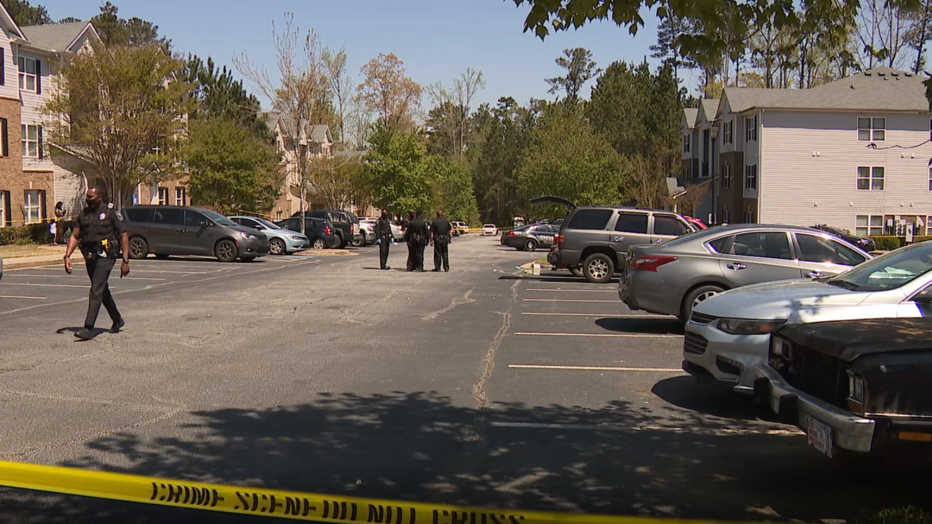 A 15-year-old boy was also injured however, neither of the victims were the intended targets.

"He really loved his family and he especially these five years he was focused on getting his family stable," Marcell Tucker, a family member, said.

Othneil moved to Atlanta from New York years ago and is the father to 6 children.

While DeKalb police continue their search for those responsible this family is wrapped in the warm memories left behind.

"I’m so proud of him. I’m so honored to be his wife. More now than I was ever," Johnson said.

The family has created a GoFundMe to help with expenses. If you would like to help click here.