The Georgia Attorney General has asked the GBI to investigate grand jury subpoenas issued by the Fulton County DA office in the Ryahsard Brooks murder case.

Senior I-Team reporter Dale Russell says those grand jury subpoenas were issued by Howard’s office even though there was no grand jury in place.

In the aftermath of the deadly shooting of Rayshard Brooks at Wendy's restaurant, Fulton County District Attorney Paul Howard flew through the evidence to quickly file charges against Garrett Rolfe and Devin Brosnan. 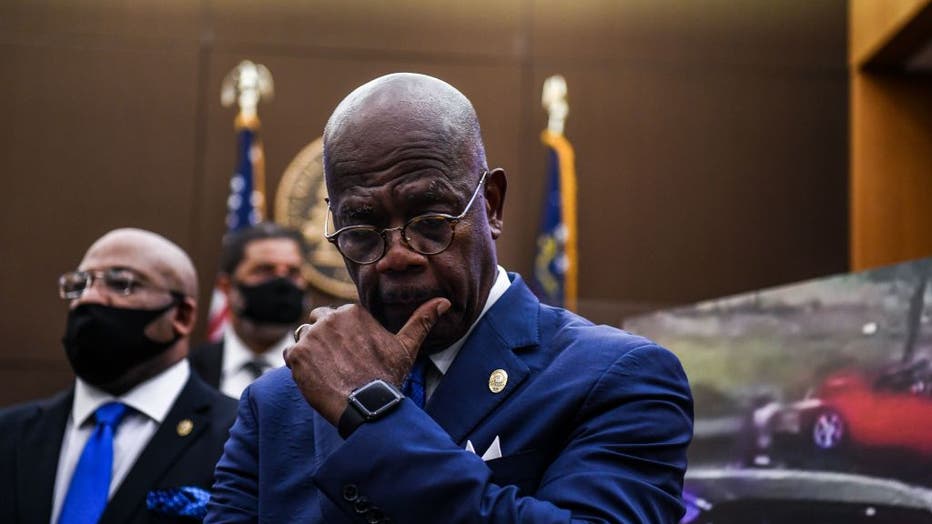 Fulton County District Attorney Paul Howard listens during a pres conference where he announced 11 charges against former Atlanta Police Officer Garrett Rolfe, on June 17, 2020, in Atlanta, Georgia. - Rolfe will be charged with murder for shooting Ra

But, the I-Team has learned there was more to Howard's investigation. We  obtained a copy of a Grand Jury subpoena, sent from Howard's office to the Atlanta Police department  isntructing them to turn over its "open investigation regarding Garrett Rolfe and the use of force incident."

The subpoena required that the documents be turned over for the "Grand Jury, June/July term on the of 14th day of July." Other grand jury subpoenas were issued for phone and surveillance camera videos.

But there is a problem. How can the grand jury issue these subpoenas when there is no grand jury. It had been suspended on March 13 because of the COVID-19 pandemic. And, legal experts we've talked to say Howard's grand jury subpoena with no grand jury in session could be an ethical or possibly criminal issue.

"What are we doing? That is a violation of our ethical code of conduct," says GSU law professor Jessica Gable Cino

Gable Cino is a law professor who specializes in prosecutorial misconduct. She says not only does Paul Howard face ethical questions, but potentially legal problems as well.

"It would be a violation of criminal law to make a knowingly false statement or misrepresentation in the subpoena which is a document that has been issued," says Gable Cino.

Earlier this year, the I-Team reported that the GBI was investigating Paul Howard for a mysterious salary supplement negotiated between Howard and then Atlanta Mayor Kasim Reed.

Over a three year period, the city gave $250,000 in grant money to a nonprofit run by the DA's office called People Partnering for Progress.

PPP's records indicate Howard used a minimum of $140,000 of the grant money to supplement his own salary.

Now, the I-Team has learned that the subpoenas were brought to the attention of Attorney General Chris Carr, who sent this email to the GBI asking them to "expand the scope of its current investigation regarding District Attorney Paul Howard."

"That request has been sent through the chain of command to agents working that part of the investigation, they are aware of it , says GBI Director Vic Reynolds.

Reynolds says his agents will do whatever needs to be done to continue the investigation and now examine the legal issues surrounding the subpoenas.

(Is it fair to say if the Attorney General asks the GBI to look into this matter, you are looking into whether a crime was committed?)

"That's what the GBI does, yes sir," says Reynolds.

While the GBI investigation of Paul Howard continues, Jessica Gable Cino worries that if a mistake was made by Mr. Howard, it could impact his case in the Rayshard Brooks shooting.

"This is an incredibly serious high profile case, and any misstep could get a case dismissed like this. Nobody wants that result," says Gable Cino.