Our I-Team has found nearly 4 dozen open police use of force cases, dating back as far as 2016, in the Fulton County District Attorney’s office.

ATLANTA - Now, a FOX 5 Exclusive. Our I-Team has found nearly four dozen open police use of force cases, dating back as far as 2016, in the Fulton County District Attorney’s office.

District Attorney Paul Howard says the complex cases take time, but his critics say cases that drag on for years hurt everyone involved. 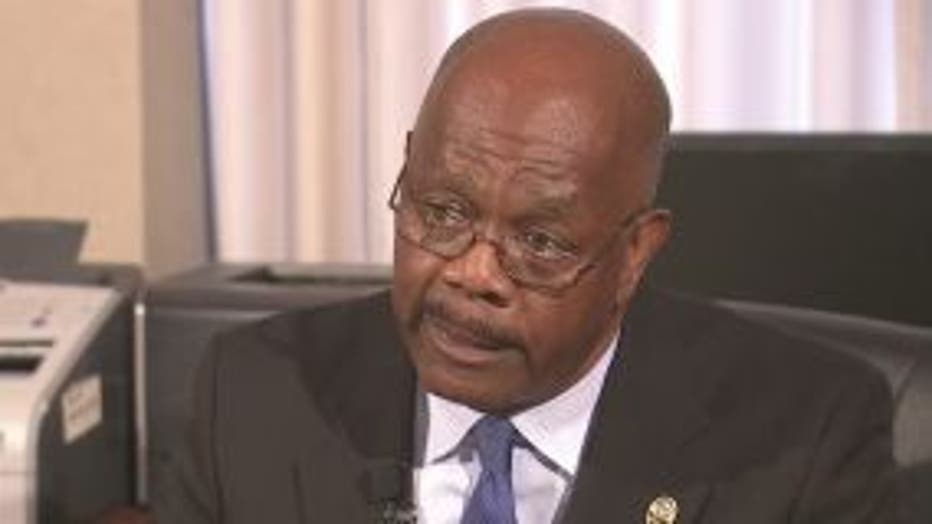 Both announcements came just weeks before a crucial primary vote as Howard battled veteran prosecutor Fani Willis in an effort to keep his job.

Some applauded his swift actions, others including his political opponent, Fani Willis  say it was out of character.

"Paul Howard sits with cases as old as 2016, more than 4 years old and he's done nothing on them," says Willis.

We investigated some 52 use of force cases and found Howard rarely files criminal charges against police officers and his cases often linger for years. Right now there are forty-three open cases dating back to 2016 with no final decision for anyone involved.

The GBI conducts all use of force investigations in Fulton County. The results are turned over to the D.A. who decides whether to charge the officers.

Using the Georgia Open Records Act, we requested and received of dozens of open pending cases in Fulton County from the GBI. The list didn't include the recent arrests. Paul Howard gave us his own explanation of the cases.

Howard sought criminal charges against only two police officers during the past four years.

Early this year, Howard closed seven cases including most of the 2016 cases without taking them to a grand jury.

Howard says four cases were headed to a Grand Jury for possible charges, but were delayed due to the COVID19 pandemic

"I would like to move it a lot faster, however we have some really tough circumstances," says Howard.

Howard blames the delay on complicated cases, lack of video cameras in many cases, and officers who refuse to testify, which is their constitutional right.

(Are you satisfied that your office is moving these cases, and getting them off the books as quickly as possible?) "Well I'm satisfied that we are doing a great job," says Howard.

Howard says the GBI  investigation is only "background” and "wholly insufficient to reach legal conclusions." He sent me pictures of his investigation files, compared to what he gets from the GBI to prove his point,

"I don't know if you can measure the quality of an investigation by the size of a file," says GBI Director Vic Reynolds.

Reynolds, says it’s disappointing to have anyone criticize what he calls outstanding work by GBI agents.

"It frustrates me when I look at my guys, and see what they do how they do it, and the level of dedication they have. Anytime, anything is said that disparages them, it hurts me at that level, yes sir," says Reynolds.

His opponent in the upcoming race, Fani Willis worked for Howard for 16 years. She believes plenty of the use of force cases could be closed in less than 90 days. Complex shooting deaths, 2 years.

Monteria Robinson would agree. Her son, Jamarion Robinson, was shot more than 50 times and killed when a fugitive squad tried to arrest him.

The GBI investigation was handed over to Howard nearly four years ago. It names three officers under investigation. One, Danny Doyle has since died of cancer.

Howard blames the delay on having to sue the Justice Department to get key documents and he says the GBI missed important bullet and blood evidence at the crime scene.

(Are you saying the GBI's investigation slowed you down because it was sloppy?)

"We'll I'm just pointing out what did not happen," says Howard.

GBI Director Reynolds says there were 110 shell casings at the scene, and his agents found 109 of them. He accepts responsibility for missing one.

"After a four year time period, finding 109 out of 110 shell casings, I would think you could probably still make a decision in the case," says Reynolds.

"In addition to those use of force cases, there are at least 17 other ones that have been sitting on Paul's desk for over a year," said Mayor Keisha Lance Bottoms.

Mayor Keisha Lance Bottoms recently expressed frustration with Howard's backlog. She says it is time for the District Attorney to act.