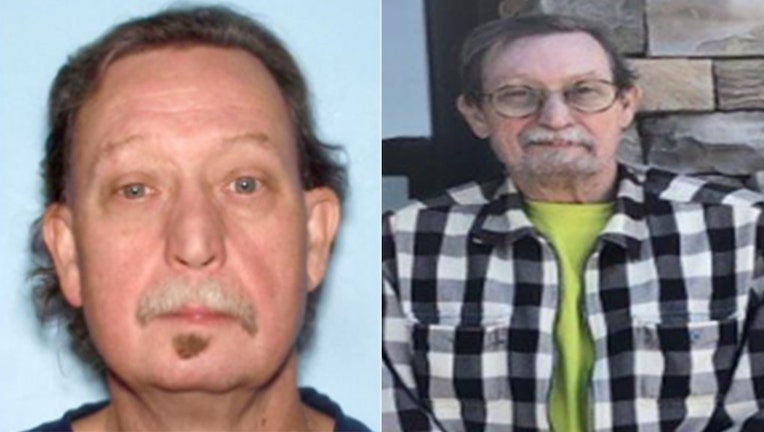 LAWRENCEVILLE, Ga - Police in Gwinnett County are searching for a missing 67-year-old man who may be in Monroe County.

Edward Lee Knight was last seen around 4 p.m. Thursday leaving his home on Dacula Road, the Gwinnett County Police say. He was going to drive to the Kroger located along Dacula Road to pick up medication.

Knight was driving a black 2013 Toyota Corolla with Georgia tag CAN8700. The car was later recovered in Monroe County, but there was no sign of Knight.

He does not have a cellphone with him.

Knight was described by police as being 5-feet-6-inches tall, weighing about 137 pounds, with brown eyes, a mustache and soul patch, and brown, but balding hair. He was last seen wearing gray sweatpants and blue tennis shoes with a T-shirt.

Knight has been diagnosed with dementia, police say.